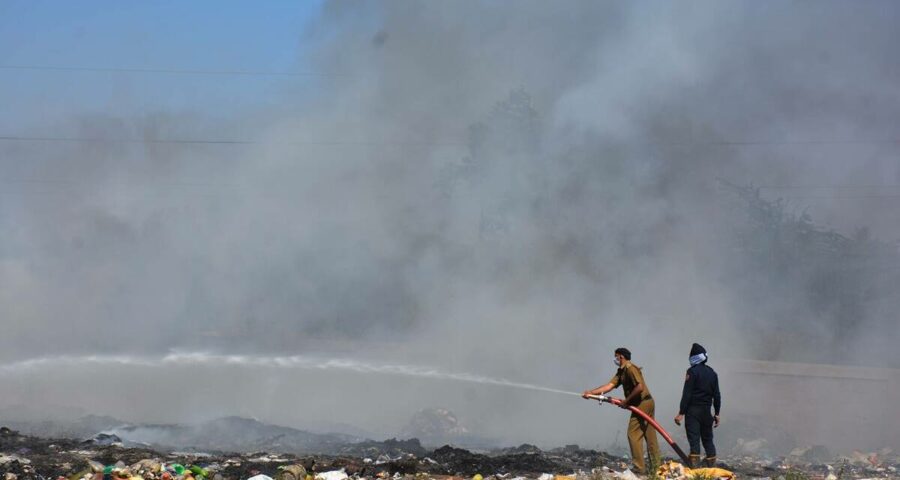 JCBs and tippers are still in operation scouring the waste to put out any remaining fires. An officer has been assigned to assess damage to plant if any. Preliminary inspection indicates no damage. 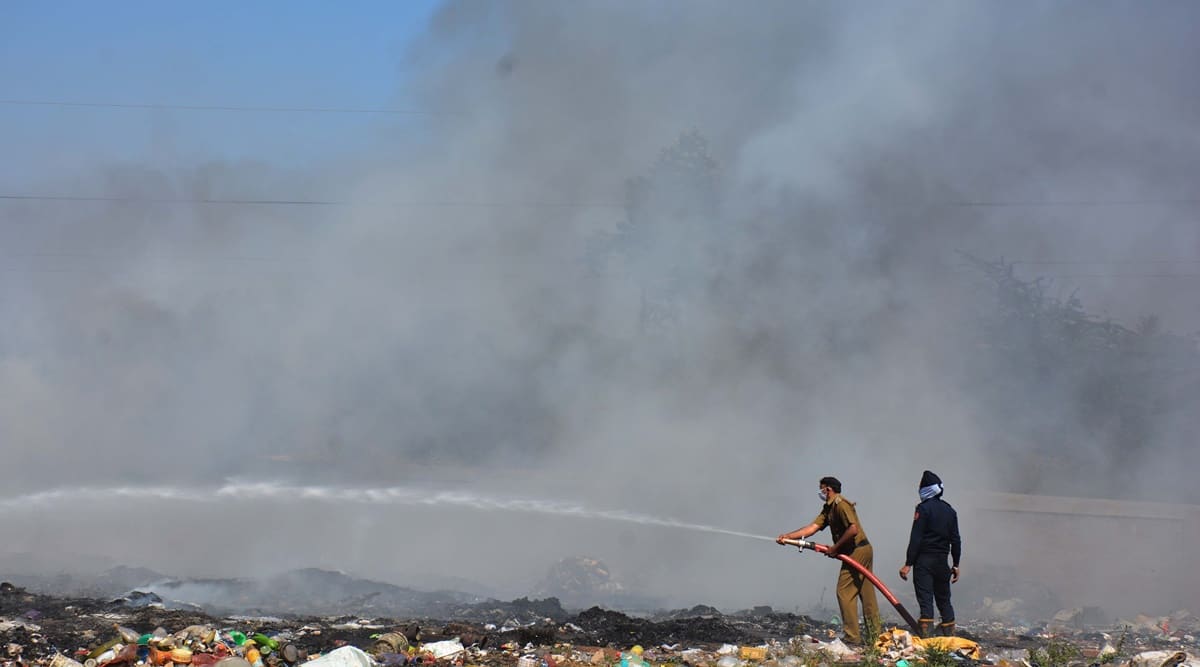 OVER FIVE lakh litres of water were used to douse the massive fire at the dumping site and waste processing plant in Dadumajra that broke out two days ago. The blaze was completely put out only by Friday.

JCBs and tippers are still in operation scouring the waste to put out any remaining fires. An officer has been assigned to assess damage to plant if any. Preliminary inspection indicates no damage.

Vinod Vashisht, convener of the City Forum of Residents Welfare Organisations (CFORWO) said, “This has created fear among residents of surrounding areas. Foul and toxic smoke has spreads and many residents have reported difficulty in breathing, choking of throat, irritation in eyes, chest congestion and sleepless nights.”

He added, “On much-needed city solid waste management reforms, MC House is not proactive in taking timely decisions in the city’s interest. Since June 2020 when the MC took over reins of the waste processing plant from Jaypee Group, solid waste end-processing has totally collapsed.”

“We cannot get rid of toxins like furan and dioxin which are harmful for humans without scientifically processing. The corporation should first get the plant repaired or upgraded so only non-recyclable and inert wastes go to the dump site and remaining 85-90 waste is processed,” said Pankaj Gupta, president, Sector 38W RWA.

The issue of management of city solid waste management is also under the scanner of the NGT. It had observed: “We are shocked to know the attitude adopted by the public authority. We are sorry to observe that MC Chandigarh and the Project Proponent both have left no stone unturned to ensure that the most beautiful city is converted into a junk yard. It is expected from public authorities to know that to deal with the waste and its disposal is not only the statutory obligations, but it is constitutional obligation vested upon them in terms of article 50 (A)(g).”

“The city should learn from the cost-effective success stories of cities which have become zero-landfills with their scientifically waste processing such as Indore, Thiruvananthapuram, Ambikapur and Alappuzha…,” added Vashisht.