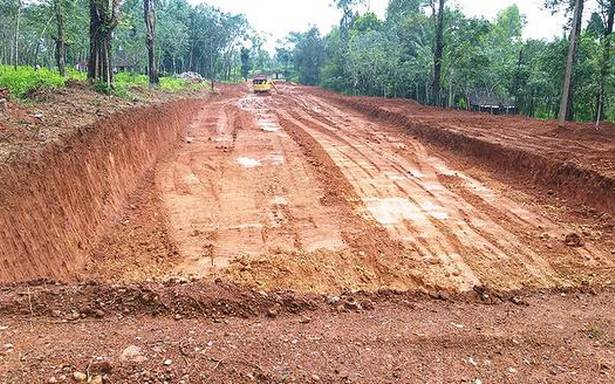 Traditional ones to go on for a month, competitive events from Nov. 27 to March 26

With kambalas (buffalo run on slush tracks or field) set to begin in the coastal belt from November 16, there will be additions to the annual event this and next year.

It will take the total number of competitive events, barring the traditional kambalas which are mostly non-competitive in nature, organised by the Kambala Committee of Dakshina Kannada, Udupi, and Kasaragod (Kerala) districts from 18 to 20.

According to a former general secretary and presently a member of the committee N. Vijaya Kumar Kanginamane, a ‘kambala’ will be organised under the auspices of the committee at Ballamanja in Dakshina Kannada during the 2021-22 season as an addition. Thus the committee will organise 19 events in this season. In addition, a new kambala track, 135m in length, is being developed at Panapila, near Moodbidri now. It will be ready for hosting the event during the 2022-23 season.

Mr. Kanginamane told The Hindu that Panapila village had been organising kambalas in a small way since a decade. It was on a 110m-long track.

Moodbidri-Mulky MLA Umanath A Kotian has taken the lead to construct a new double track at a different place in the same village. It will come under the fold of the committee in the next season. He said that the traditional kambalas, organised by individual farmers or land-owning entities, including temples, which will begin in the belt on Tuesday, will go on for a month.

More than 75 such kambalas are held every year in slush paddy fields without a designated track for holding the events.

The competitive kambalas organised by the committee will be held from November 27 to March 26, 2022. The disciplinary committee for kambalas has decided that all events should get over henceforth within 24 hours. The first event of this season will be at Moodbidri and the last one will be at Bangadikolli in Belthangady taluk.

He said that each event attracts from a minimum of 130 pairs of buffaloes to a maximum of 207 pairs. The events at Miyar in Karkala and Moodbidri draw the maximum number of pairs.

Kambala jockey Girish Aladangady said that with increased media coverage and thanks to social media comparing kambala jockeys to international sprinters, more youth are turning up to be trained as jockeys.

Meanwhile, K. Gunapala Kadamba, former principal of Jain Pre-University College, Moodbidri, and president of the pioneering Kambala Academy that has trained nearly 170 jockeys so far, is writing a book on kambala, throwing light on different aspects of the event.