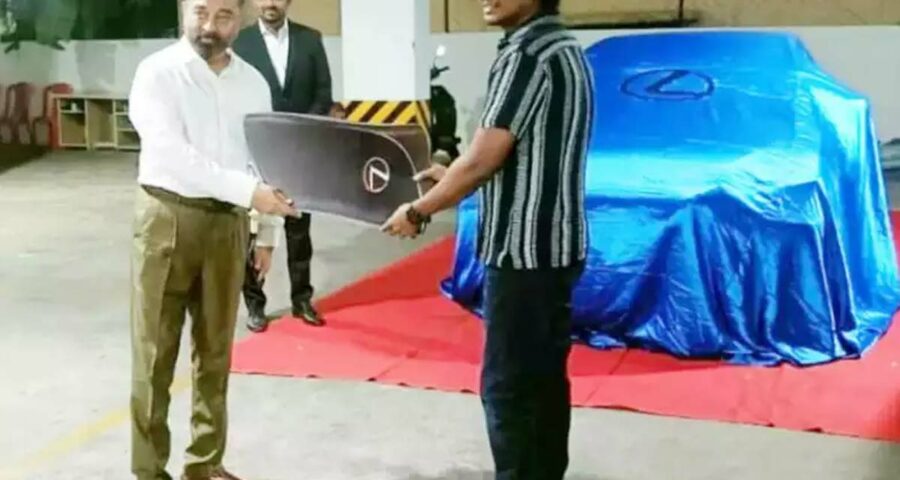 Kamal Haasan starrer recently released action drama Vikram has emerged a blockbuster at the box office. The man behind this huge success is director Lokesh Kanagaraj. The way Lokesh has narrated the film Vikra, it  has won the hearts of the movie lovers at the ticketing windows. The team of Vikram is very happy and now according to the latest update, Kamal Haasan has gifted Lokesh Kanagaraj a very expensive Lexus Sedan.  The luxury car starts at an ex-showroom price of rupees 60 lakhs and goes up to 2.5 Crores in India. A pic that features Kamal Haasan giving the key to Lokesh Kanagaraj is going viral on the social media.

Kamal Haasan has himself  bankrolled this film along with R Mahendran.  Apart from him, Vikram also has Vijay Sethupathi and Fahadh Faasil in the lead roles and Suriya was seen in the cameo. Kalidas Jayaram, Gayathrie,  and Narain are also the part of Vikram.

The film continues from the 2019 release Kaithi and follows a black-ops squad led by Amar tracking down masked vigilantes, while he learns of a drug syndicate group called Vetti Vagaiyara, led by  the Sandhanam, who wants the missing drugs to be delivered to his cold blooded boss.