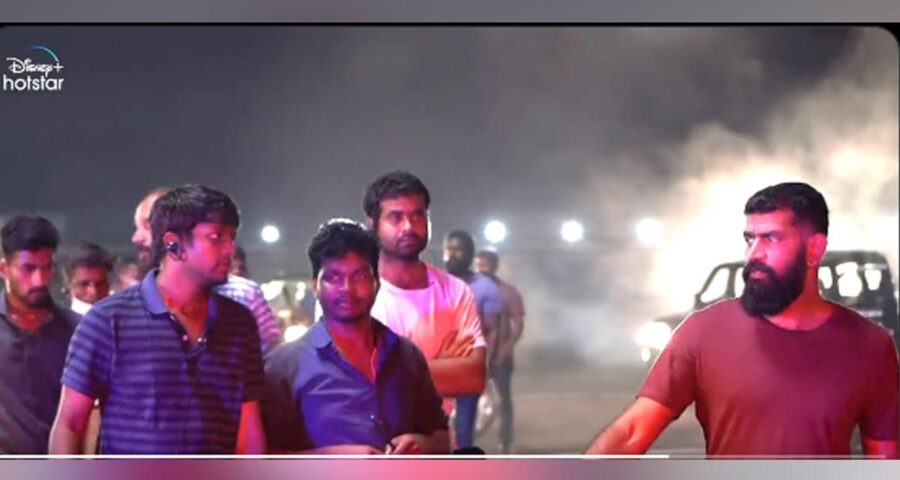 Kamal Haasan and Lokesh Kanagaraj’ film, the action thriller drama has turned out a money spinner art the box office.  The movie became a sensational blockbuster in all the languages. Not only the movie lovers, number of celebrities have also showered praises on it.  It became the biggest hit in Kamal Haasan’s career by collecting more than Rs 400 crores. While veteran actor Vijay Sethupathi and Malayalam star Fahadh Faasil played key roles, the versatile hero Suriya appeared in a guest role.

Disney Plus Hotstar released the making video of  Vikram which is going viral on the social media. The making video started with a shot on Fahadh Faasil. In this six-minute-long video, almost the making scenes of the action scenes are shown. The making video of Vikram also features the fight scenes between Kamal Haasan and Vijay Sethupathi, which are highlighted in the movie. Lokesh Kanagaraj’s dedication is also visible. The makers  showed how the scenes were shot.

The making video of Vikram is going viral.  Along with the making, Lokesh took special care of the hero and villain looks. In some places, Lokesh is seen improving Kamal Haasan look for the fight scenes.  One of the fans said: @Dir_Lokesh bhai.. show us how you moved the camera to shoot the interval action scene please, it was AWESOME Release the BTS for that as well. I saw it for the first time though in any cinema recently. And what a movie man simply SUPERB writing and execution.