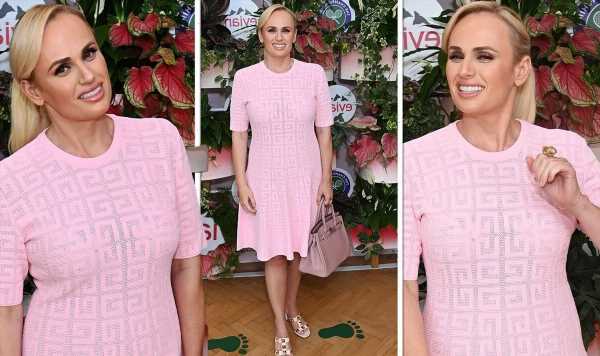 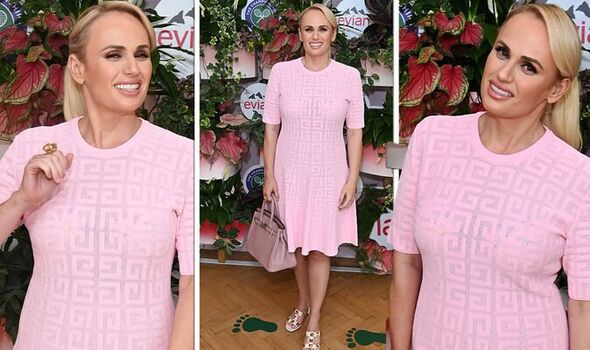 The star attended Evian’s VIP Suite at Wimbledon 2022, recertified as Carbon Neutral by The Carbon Trust.

The Australia actress, 42, was all smiles as she appeared at the SW19 championships in a tightly-fitting outfit which showcased the results of her recent weight loss.

Rebel dazzled in the baby pink garment which featured short sleeves, a round neck and soft pleats around the skirt area.

The Pitch Perfect star wore her highlighted blonde tresses in a ponytail, pulled away from her face during the London heatwave.

She accessorised with a rose-coloured Birkin bag and nude, gold-studded sandals. 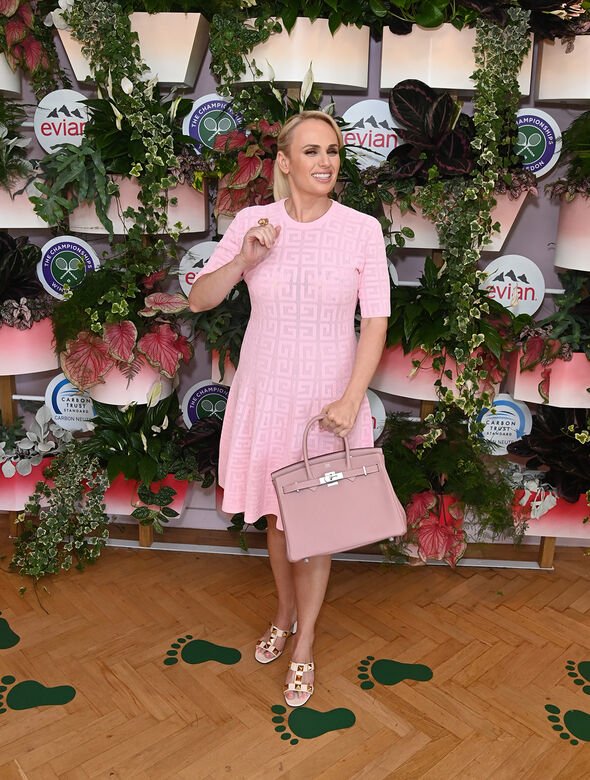 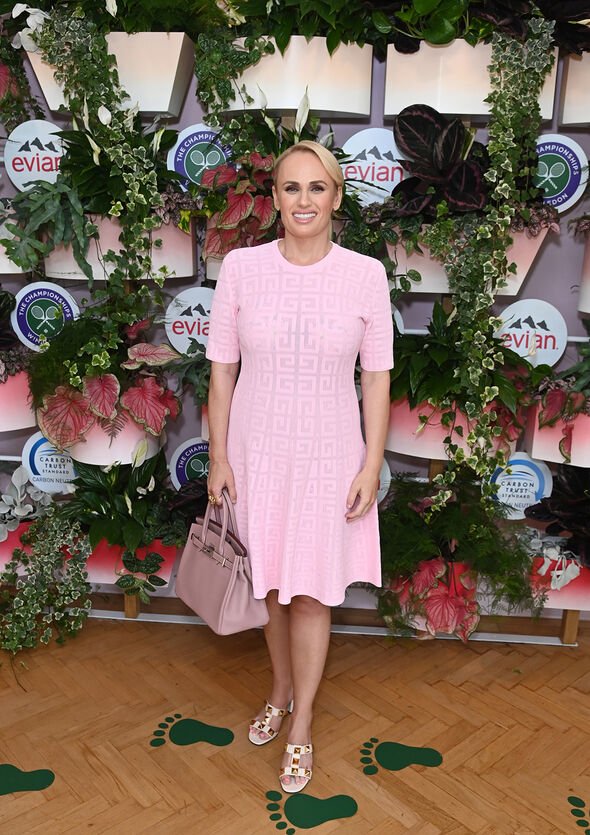 Rebel Wilson cut a chic figure as she attended the championships

Rebel Wilson appeared to be in high spirits 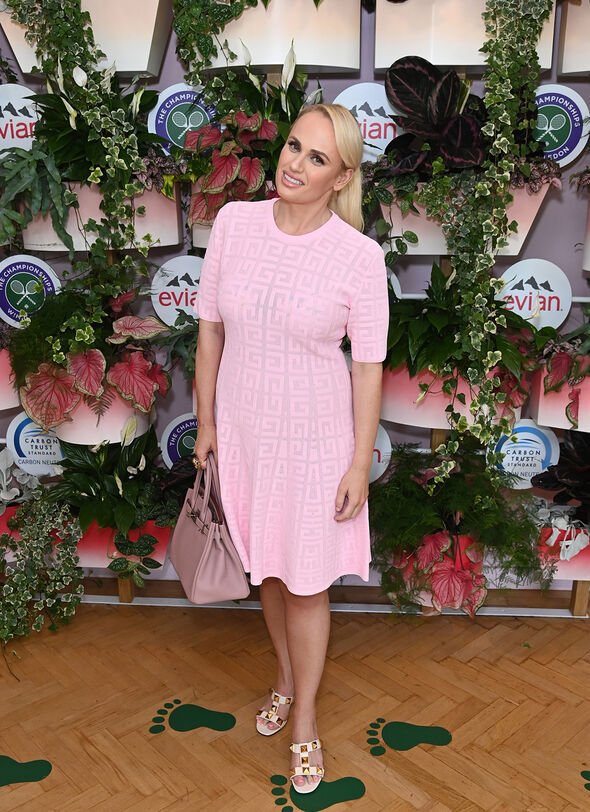 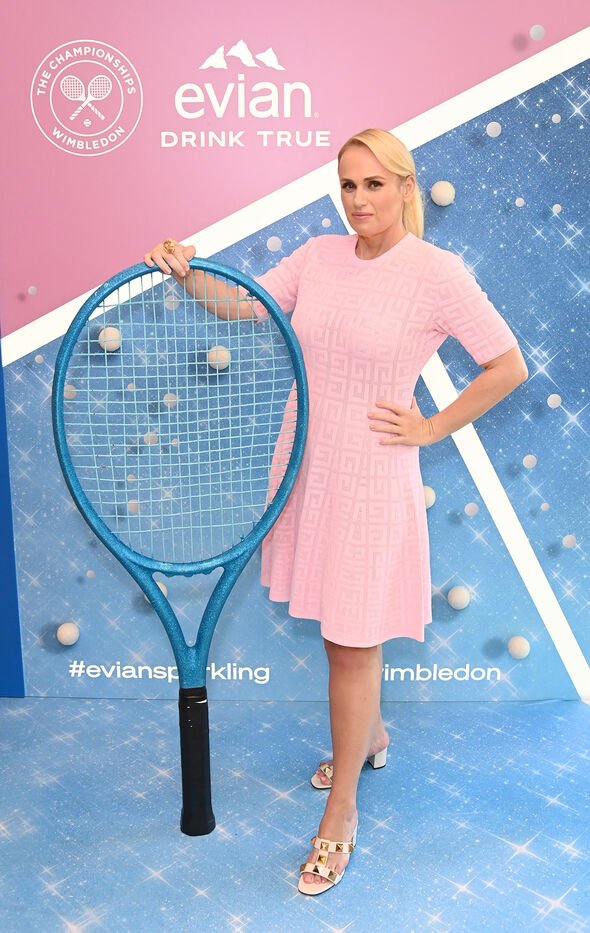 Rebel posed next to a giant tennis racket 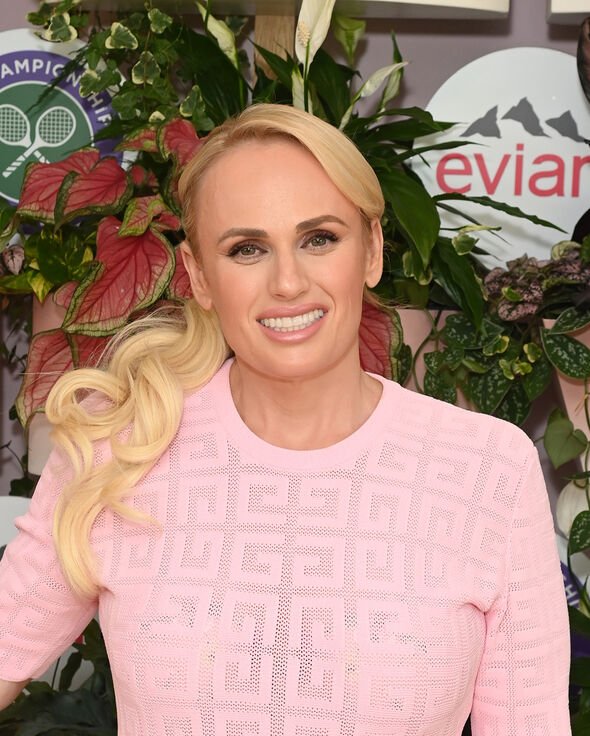 Rebel was all smiles at the prestigious sporting event