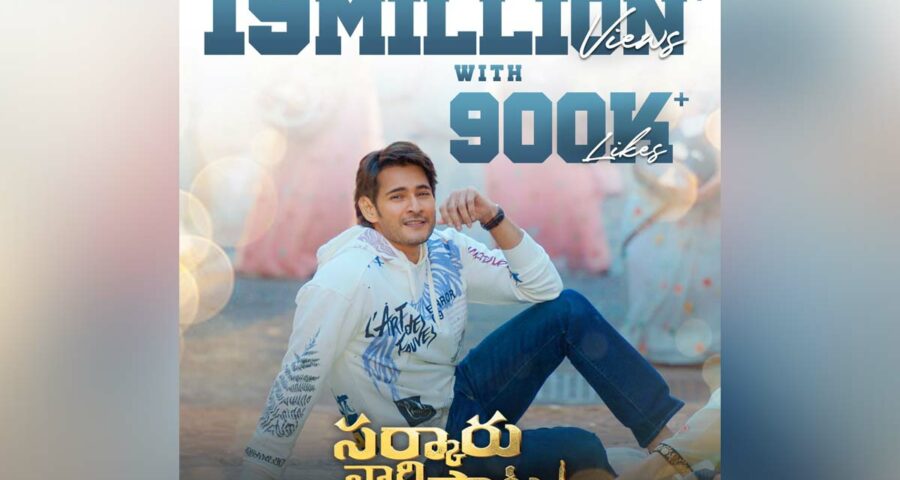 Telugu superstar Mahesh Babu and National award winning actress Keerthy Suresh’ first single, a romantic number Kalaavathi from ‘Sarkaru Vaari Paata’, became an instant hit, with massive record viewership on YouTube.   Now according to the latest report, the song Kalaavathi has got 19 Million + views with 900K+ Likes on YouTube. It is trending on the number one position on YouTube. Today morning the makers of Sarkaru Vaari Paata confirmed the same by releasing a new poster on their official Twitter handle.

The song Kalaavathi is crooned by the most famous singer Sid Sreeram, and it was released on 13th February.  Despite the initial leakage of the song, Kalaavathi strikes a chord with the  music lovers.

The upcoming big budget film is a Parasuram Petla directorial venture, which has music by  Butta Bomma fame S Thaman.  Currently the movie is on the verge of the completion. Initially it was all set  to release this film in January 2022 but it was postponed due to the outbreak of the  Coronavirus