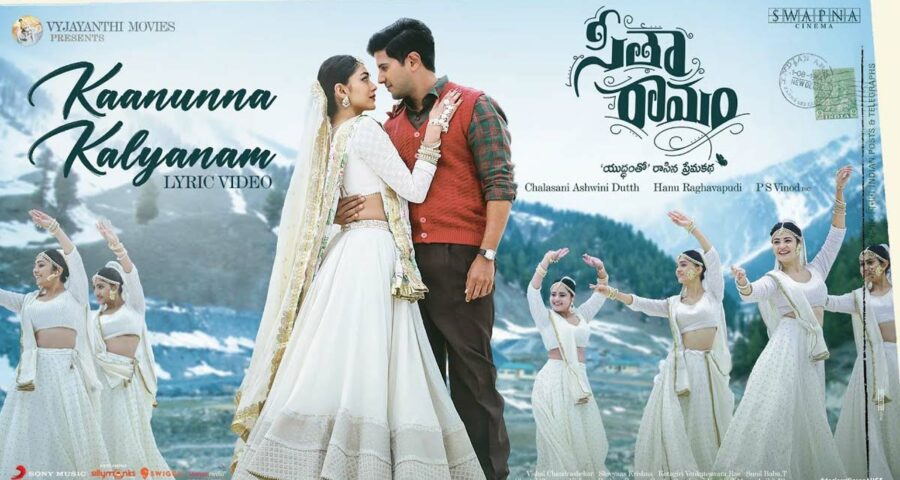 Sita Ramam is an upcoming romantic drama that stars Dulquer Salman and Mrunal Thakur as the leads. Hanu Raghavapudi penned the script and wielded a megaphone for the film. The film will enter theatres on August 5th. So, ahead of its release, its promotions are happening at a brisk pace.

So far, we have witnessed the film’s first look, teaser, first single video. Now, as part of its musical promotions, the team has released the lyrical video of the second single Kaanunna Kalyanam.

Sharing the news, Dulquer took to Instagram and wrote, “A dream that takes you back to yesteryears. The most magical song of my career. #KaanunnaKalyanam.” The classical lyrics are quite awesome, which were written by the late legendary writer Sirivennela Sitarama Sastry.

Famous singer Anurag Kulkarni has crooned the melody, under the direction of the music director Vishal Chandrasekhar. The film features Rashmika Mandanna and Sumanth in titular roles. Sita Ramam will have its release in Tamil and Malayalam languages as well.