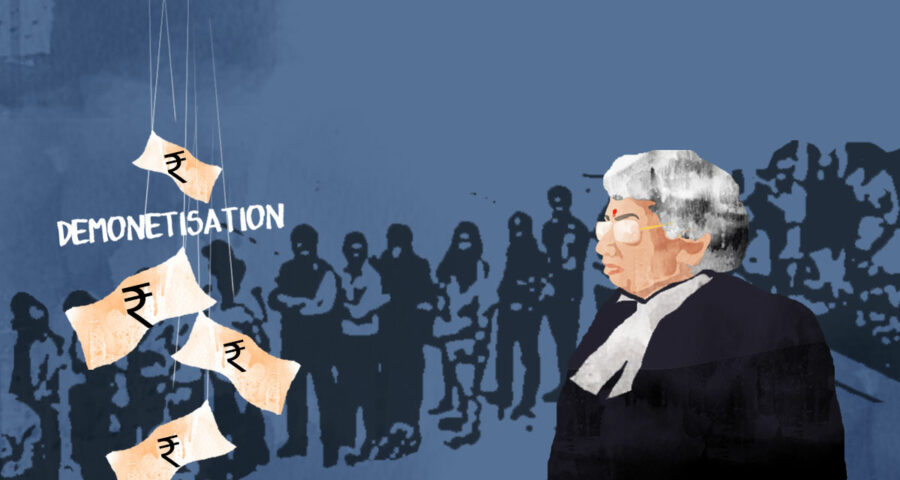 ‘Justice B V Nagarathna has excellent human qualities and is a stickler for the law.’

Engalaguppe Chatra is a nondescript village in Pandavapura taluk of Karnataka’s Mandya district.

But it has the distinction of sending to the Supreme Court at least one Chief Justice of India — so far.

One of its sons, Justice E S Venkataramiah, was Chief Justice of India for six months in 1989.

If all goes well, his daughter Bangalore Venkataramiah Nagarathna (60) could become Chief Justice of India in 2027 — the first woman to reach that position, though only for 36 days, but the first father-daughter duo to occupy the post.

Justice B V Nagarathna shot into the headlines with her dissenting judgment on demonetisation of Rs 500 and Rs 1,000 currency notes, the only one among five judges on the bench to dissent.

She said though demonetisation was in the best of interests of the people, it was unlawful on procedural grounds.

She followed this up with another order as part of a bench of judges ruling on the freedom of speech for lawmakers and public functionaries.

Her order said hate speech strikes at the foundational values of the Constitution by marking society as unequal.

She noted that lawmakers and public functionaries need to be more responsible and restrained in their speech, considering they are setting an example for fellow citizens.

Senior lawyers who have watched her career caution against rapid conclusions that she is in any way a radical.

They say that while she is a stickler for rules, she is innately conservative.

“Take her demonetisation order. She does not doubt the intention of the policy, but finds a problem with the procedure,” says a senior lawyer, requesting anonymity.

“Contrast this with the order of Justice Sudhanshu Dhulia in the hijab case, where he argues that ‘if she (a girl) wants to wear hijab, even inside her class room, she cannot be stopped, if it is worn as a matter of her choice, as it may be the only way her conservative family will permit her to go to school, and in those cases, her hijab is her ticket to education’, Dhulia argues from a standpoint of the right to education and liberty. Nagarathna stops short”.

Justice Nagarathna’s order says demonetisation should have been done through legislation and not a gazette notification as Parliament cannot be ‘left aloof’ in a matter of such critical importance.

She held that the demonetisation exercise was ‘vitiated and unlawful’.

Lawyers say Justice Nagarathna’s belief in the values of the rule of law is unquestionable.

In fact, this is what prompted her to leave Delhi when she decided to practise as a lawyer.

Her father was in Delhi and she was a Delhi girl, with a BA from Jesus and Mary College and a law degree from the Faculty of Law, University of Delhi.

But then she moved to Bangalore (now Bengaluru), starting out as a lawyer, eventually becoming additional judge in 2008 and permanent judge of the Karnataka high court in 2010.

She never became chief justice. She was nominated to the Supreme Court by former Chief Justice of India N V Ramana and assumed office on August 31, 2021.

In her farewell speech, she explained: ‘One of the best decisions of my life was to return from Delhi to Bengaluru and enroll myself with the Karnataka Bar Council to commence my practice. This was in order to maintain the highest traditions of the judiciary as much as I did not want to reside in the government accommodation allotted to my father, Justice E S Venkataramiah, who was a judge in the Supreme Court, and practise there.’

Her sense of ‘balance’ was reflected in her speech when she observed: ‘The legal system in India is being geared to developments of liberalisation, privatisation and globalisation during the last three decades, while at the same reiterating the goals envisaged by the founding fathers in the Directive Principles of State Policy read with the Fundamental Rights and the independence of democratic institutions established by the Constitution.’ 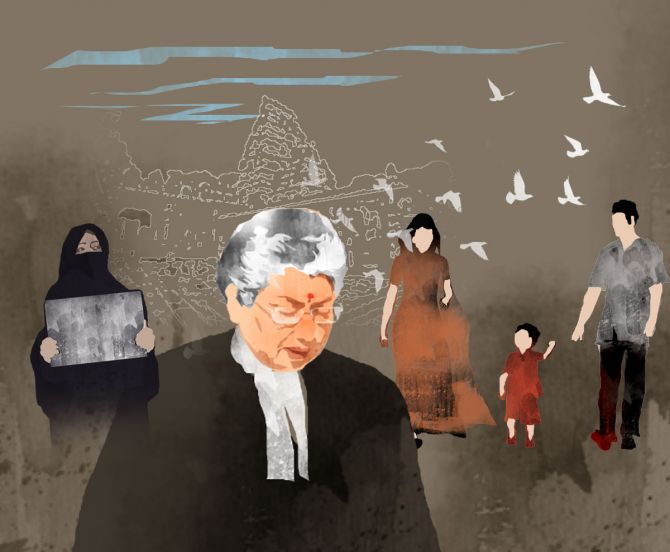 As a Karnataka high court judge, some of her orders stand out for their compassion.

While hearing the case of a child born out of wedlock seeking compassionate employment, she observed: “There can be illegitimate parents, but no illegitimate children”, while remarking ‘no child is born in this world without a father and a mother. A child has no role to play in his/her birth.’

A professional associate, P R Ramasesh, who has worked with Nagarathna, says: “She has excellent human qualities and is a stickler for the law.”

As a Supreme Court judge, many controversial matters will come up before Justice Nagarathna.

One is Association for Democratic Reforms vs Union of India, in which the Supreme Court is deciding whether the current electoral bonds scheme facilitates anonymous corporate funding to political parties and whether it was wrongly certified under the Finance Act.

Its decision will affect transparency in election funding.

In this, the Supreme Court bench will decide the Constitutionality of an Andhra law barring non-Hindu vendors from leasing property within the Mallikarjuna Temple premises.

The court will decide if the law is arbitrary, discriminates against non-Hindus, and violates the principles of secularism.

But whatever the orders, and no matter how short her tenure, Justice B V Nagarathna will break one glass ceiling. That is not insignificant.