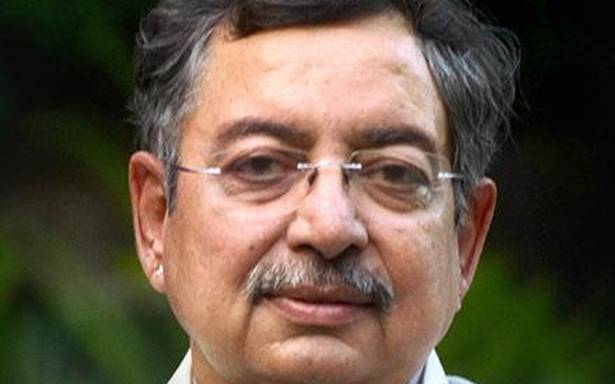 The Supreme Court on Thursday quashed a sedition case registered against senior journalist and Padma Shri awardee Vinod Dua for his critical remarks against the Prime Minister and the Union government in a YouTube telecast, underscoring its 59-year-old verdict that “strong words” of disapproval about the ruling regime did not amount to sedition.

A Bench led by Justice U.U. Lalit upheld the right of every journalist to criticise, even brutally, the measures of the government with a view to improving or alter them through legal means. The free speech of a journalist should be protected from charges of sedition.

The time is long past when the mere criticism of governments was sufficient to constitute sedition. The right to utter honest and reasonable criticism is a source of strength to a community rather than a weakness, the judgment recorded.

It upheld the spirit and intent of the 1962 Kedar Nath Singh verdict, which said “commenting in strong terms upon the measures or acts of government, or its agencies, so as to ameliorate the condition of the people or to secure the cancellation or alteration of those acts or measures by lawful means, that is to say, without exciting those feelings of enmity and disloyalty which imply excitement to public disorder or the use of violence is not sedition”.

Justice Lalit declared, “Every journalist is entitled to protection under the Kedar Nath Singh judgment”.

The 1962 judgment said Section 124A of the Indian Penal Code (sedition) was intended only to punish subversion of a lawfully established government through violent means.

The court acknowledged the submission made by Mr. Dua, who is currently recovering from COVID-19, that “there is a recent trend against the media where State governments who do not find a particular telecast to be in sync with their political ideologies register FIRs against persons of the media primarily to harass them and to intimidate them so that they succumb to the line of the State or else face the music at the hands of the police”.

However, the court rejected Mr. Dua’s plea that FIRs should not be registered against journalists of 10 years’ experience unless cleared by a committee constituted by the State government concerned. Mr. Dua had said the committee should comprise the Chief Justice of the High Court or a judge designated by him, the Leader of the Opposition and the Home Minister of the State.

The court said such a committee was outside the present statutory framework. By granting the prayer, it would be encroaching into the legislature’s domain.

The judgment came as a blow to the government, which had even raised the question whether journalism itself could legally be termed a profession.

The verdict may spell a pushback from the court against the indiscriminate number of sedition cases being filed against critical journalists, citizens, lawyers and activists. Recently, another Bench of the Supreme Court, in a separate case on sedition charges levelled against two Telugu channels by the Andhra government, had said it was time to define the limits of the sedition law.

The complaint against Mr. Dua was filed by a BJP leader. The senior journalist was accused of spreading fake news. Besides sedition, the other charges include causing public nuisance, printing of defamatory matter and making statements conducive to public mischief.

Mr. Dua had approached the Supreme Court after the Himachal police appeared at his residence on June 12 last year and ordered him to be present at the remote Kumarsain police station the very next day in connection with the case.