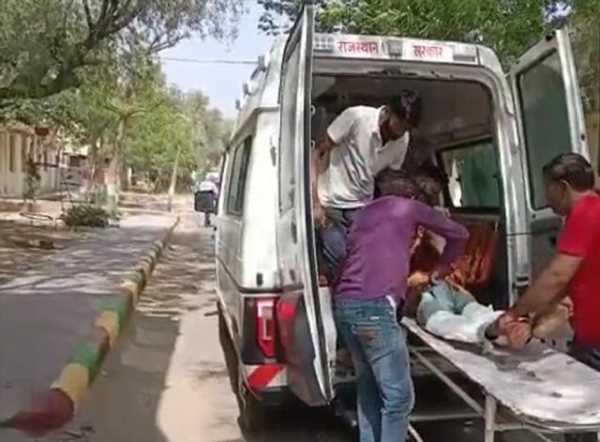 Eleven members of a family were killed and seven others injured after a car rammed into a tractor-trailer parked on the roadside in Rajasthan’s Jhunjhunu on Tuesday, the police said.

The accident took place around 1 pm near Leela Ki Dhani on the Jhunjhunu-Gudha Godji highway, they added.

The Prime Minister’s Office announced Rs 2 lakh to the next of kin of the dead and Rs 50,000 relief to the injured.

“Eleven members of a family travelling in a jeep were killed and seven others injured when the vehicle rammed into a stationary tractor-trailer,” Jhunjhunu SP Pradeep Mohan Sharma said.

The victims were returning after performing post-death rituals at a temple in Lohargal, the police said.

Out of total seven injured, four are undergoing treatment at Sawai Man Singh Hospital in Jaipur and three were admitted to BDK Hospital, Jhunjhunu, the police said.

“My deepest condolences to the bereaved family. May god give them strength to bear this loss and may the souls of the departed rest in peace. Wishing a speedy recovery to those injured in the accident,” he said in a Hindi tweet in Hindi.

Prime Minister Narendra Modi said, “Anguished by the tragic accident in Jhunjhunu. Condolences to the bereaved families. May the injured recover soon. Rs 2 lakh each from PMNRF will be given to the next of kin of the deceased. The injured would be given Rs 50,000,” the PMO tweeted quoting him.