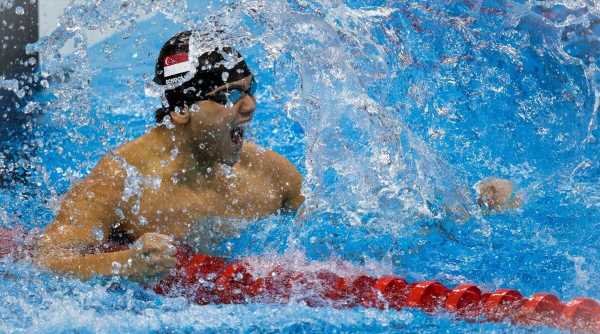 Winning an Olympic medal is often the crowning achievement of an athlete’s career. Most Olympians, though, aren’t multimillionaire athletes like Naomi Osaka, Rory McIlroy or Kevin Durant, so competing at this elite level can be a financial struggle. After winning a gold medal at the Summer Olympics here, American wrestler Tamyra Mensah-Stock had big plans for the bonus money that comes with it: buying her mother a $30,000 food truck.

Tamerlan Bashaev, 25, a Russian judoka who claimed a bronze medal, wants to use his money to get married and go on a honeymoon. Andrea Proske, a rower who helped Canada win its first gold medal in the women’s eight since 1992, can’t wait to take her mother on vacation to London.

Winning an Olympic medal is often the crowning achievement of an athlete’s career. Most Olympians, though, aren’t multimillionaire athletes like Naomi Osaka, Rory McIlroy or Kevin Durant, so competing at this elite level can be a financial struggle.

But many Olympic medalists are leaving Tokyo with more than just prizes dangling from their necks. They are given an extra behind-the-scenes boost in the form of a bonus. Winning pads the wallet nicely in certain countries — a fact that sparks some awe and even a little envy among the medalists.

Some of the bonuses are substantial: Singapore’s $1 million in local currency (roughly $740,000 in the United States) for a gold medal is the largest known reward. Some are more modest: A U.S. medalist receives $37,500 for gold, $22,500 for silver and $15,000 for bronze. Other bonuses are nonexistent, such as for medalists from Britain, New Zealand and Norway.

(Some countries give other perks such as stipends, houses, lifetime supplies of beer, free flights or even exemptions from mandatory military service. Some national governing bodies also give rewards — USA Wrestling gifted Kyle Snyder $250,000 for his gold at the 2016 Rio Games.)

“It’s funny because it’s not what we do this for,” said American baseball player Eddy Alvarez, who won a silver medal — and a $15,000 bonus — as a speedskater at the 2014 Olympics. “A lot of Olympians don’t do Olympic sports to be millionaires. You do have those very few that make it big, but we do this for pride and glory more than anything. You sacrifice so much time that winning a medal solidifies our journey. The money is just a little bonus — at least for me.”

Alvarez said he deposited the 2014 bonus into his bank account to start saving, but then used it to pay for housing and other needs as he began his career in the minor leagues, where players often earn wages ranging from roughly $1,000 to $15,000 per season.

“It’s going to be a little different now that I have a son,” said Alvarez, who will become the sixth person ever to win a medal in both the Summer and Winter Olympics after the United States faces Japan in the gold medal game Saturday. “It’ll go toward him.”

When Joseph Schooling of Singapore won the men’s 100-meter butterfly in 50.39 seconds at the 2016 Rio Games, he captured the first gold medal in the history of his country, an island city-state known as one of the richest per capita in the world. It paid off for Schooling, then 21.

In the 1990s, the Singapore National Olympic Council devised an incentive scheme to reward medal-winning athletes in major international events. The payouts range from $1 million in Singapore dollars for an individual Olympic gold medal to $10,000 for an individual gold at the South East Asian Games. According to the council, the program is supported by corporate sponsorship and donations from the country’s gaming revenue.

“The monetary rewards have supported athletes so they can pursue their sporting dreams and do so knowing bread-and-butter issues can be less of a worry,” Chuan-Jin Tan, president of the Singapore National Olympic Council, said in a statement.

After paying taxes and donating a mandatory 20%, Schooling said he had about $650,000 left. Schooling, who competed at the Tokyo Games but failed to defend his title, said he put the remaining money in a joint bank account for his parents because they had invested so much in him going to the United States and chasing his Olympic dreams.

At 13, Schooling left Singapore for a private school in Florida, where American swimmer Caeleb Dressel also competed. His parents bought a house nearby and took turns shuttling between the countries to take care of him — all while trying to keep up their own business. He later attended the University of Texas.

Schooling estimated that his parents “easily” spent double the net amount he earned in his Olympic bonus.

“The amount of sacrifices, the intangibles, would be five to six times that,” he said.

Norwegian rower Kjetil Borch paused and cracked a smile when asked how he would spend his reward. He won a silver medal in the men’s single sculls, finishing roughly 1 second behind Greece’s Stefanos Ntouskos and 1 second in front of Croatia’s Damir Martin.

Borch, 31, said he framed the last letter he received from King Harald V after winning bronze in 2016. Norway doesn’t award its medalists any bonuses, said Halvor Lea, a spokesman with its National Olympic committee, but it does grant stipends. Athletes receive 12,000 euros ($14,000 in U.S. dollars) a year for the top level for equipment or training — not, Lea added pointedly, for a car or nice watch.

“I’m lucky to have my private sponsors,” Borch said. “I’ll have a talk with them when I get back home. I have a Lego car I could give away, but not a house.”

Told that Singapore gives its gold medalists $1 million, Borch deadpanned, “How long does it take to apply for citizenship?”