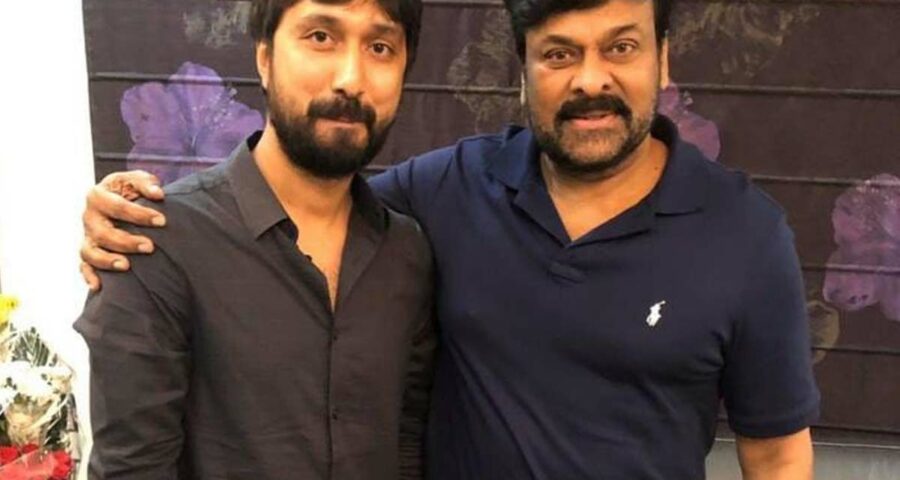 Directed by KS Ravindra alias Bobby, Chiru 154 will see Chiranjeevi in the lead role. This is the first time the actor and director duo is coming together for a film. Touted to be a commercial entertainer, Chiru 154’s music will be composed by sensational music composer Devi Sri Prasad.

Noted production house Mythri Movie Makers will be producing the film on a huge budget. The movie #Chiru154 was also launched a few days back in Hyderabad. Now the reports are coming that the makers are considering the title Waltair Veerraju  for Chiranjeevi and Bobby film #chiru154. Though this news of title is not yet confirmed, it has gone viral in no time.

Few days ago, the makers also released the first look poster that featured  Chiranjeevi in a mass avatar. Now we have to wait and see how Bobby showcases Chiranjeevi as Waltair Veeraju.

On the other side, Chiranjeevi is busy shooting for the Mohan Raja  directorial venture that is the remake of the hit Malayalam film Lucifer.  Meanwhile Mega fans are eagerly waiting for the release of Acharya, which is helmed by Koratala Siva and has Kajal Aggarwal in the female lead whereas Ram Charan and Pooja Hegde in the crucial roles.