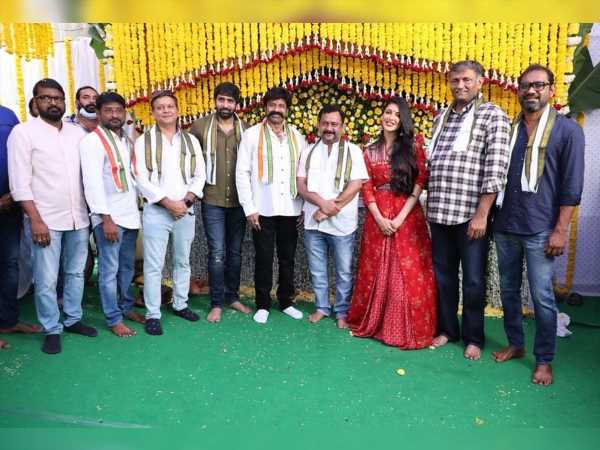 It is known that Nandamuri Balakrishna has signed a pakka mass and commercial film with Krack fame director Gopichand Malineni, which is tentatively titled #NBK107. Yesterday morning the yet to be titled film launched the  traditional pooja ceremony. The regular shoot of the film will commence from the last week of November.

The director has penned a powerful script for the actor based on true incidents, just like his previous movies. This is also the first time that Gopichand is collaborating with Balayya. On this special day, Gopichand Malineni took to Twitter and tweeted an emotional note.

Gopichand Malineni took to his twitter and wrote on its wall that  he always wanted to meet  Balakrishna since his childhood and that he had later set a target to somehow direct  Simha fame actor after entering the Telugu film industry.  Gopichand also said that he considers the opportunity to direct Balayya  Babu as a lifetime responsibility rather than lifetime achievement.

Krack and Vakeel Saab fame Shruti Haasan is on the board to share the screen space with Balakrishna in this action drama, which is produced under Mythri Movie Makers banner whereas Butta Bomma fame Thaman will score the music.

On the otherside,   Nandamuri fans are eagerly waiting for the release of Akhanda.

Unstoppable: Balakrishna keeps inspiring us with your good deeds!