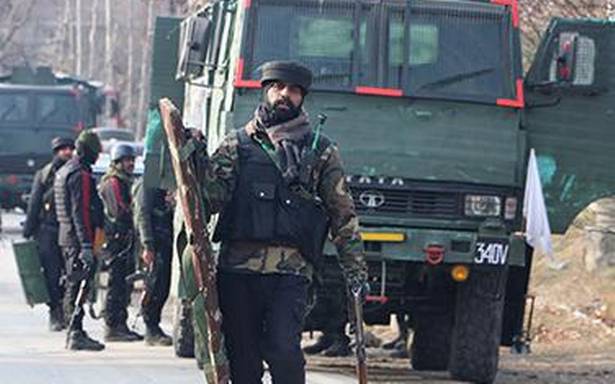 Six militants have been killed in four operations in the past 48 hours in south Kashmir.

A fresh militant recruit, behind the killing of a police officer, was killed in an anti-militancy operation in south Kashmir’s Anantnag on Sunday.

Inspector General of Police Vijay Kumar said the militant, Faheem Bhat from Kandipora, Anantnag, was killed in an operation in K. Kalan Sirgufwara area of Anantnag.

“Bhat was affiliated to Islamic State-J&K. He had recently joined the outfit Islamic State of Jammu and Kashmir (ISJK) and was the main accused behind the killing of assistant sub inspector Mohammad Ashraf near the Bijbehara Police Station,” IGP Kumar.

The police said during the search operation, which was launched on Saturday evening, the trapped militant was “given ample opportunities to surrender, which he turned down”.

“Incriminating materials, including arms and ammunition, were recovered from his possession. All the recovered materials have been taken into case records for further investigation,” the police said.

Six militants have been killed in four operations in the past 48 hours in south Kashmir.

Meanwhile, two policemen were injured in a grenade explosion in south Kashmir’s Pulwama on Sunday afternoon.

“Terrorists had hurled a grenade at a joint deployment of the police and CRPF near the Post Office area of Washbug Pulwama . Two police personnel got splinter injuries and were shifted to nearby hospital for the treatment of their injuries,” the police said.

The incident took place around 3 p.m. and a case has been registered “to establish the full circumstances of this terror crime”.