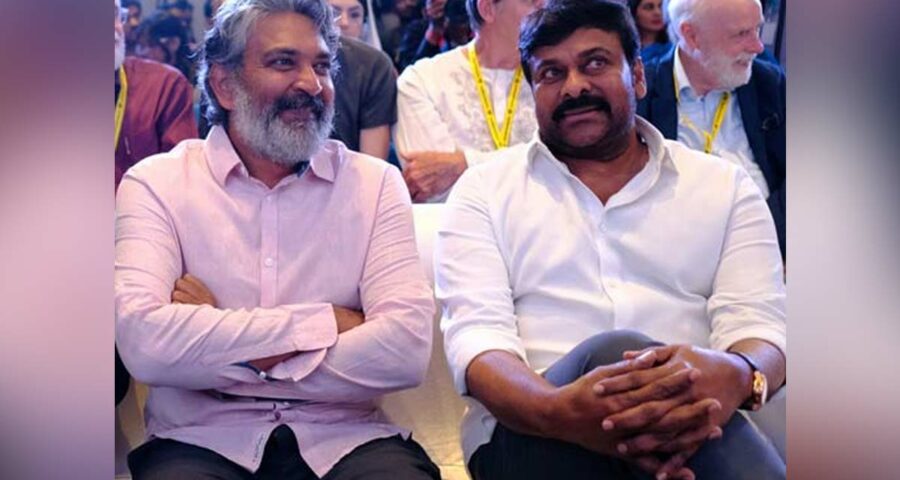 It is a known fact that every film directed by Rajamouli has been a success beyond expectations. Magadheera and RRR films starring Charan, Rajamouli in combination with Ramcharan have been a solid success beyond one film. However, megastar Chiranjeevi is also among the heroes hoping to star in Rajamouli’s direction.

Rajamouli has been praised for his directing talent on several occasions by Chiranjeevi in the past. However, there are comments that Chiranjeevi wants to announce the film under Rajamouli’s direction. Opinions are that there is a chance that an announcement will be made at the Acharya pre-release event.

But would Jakkanna say OK to Chiranjeevi’s wish? Or not? It is noteworthy that questions such as. Jakkanna is currently saying okay to a movie with Mahesh as the hero. Rajamouli has previously revealed that he does not feel comfortable with senior heroes and therefore avoid shooting films with senior heroes.

Even if Chiranjeevi announces this project, will this project count? Or not? Doubts are also expressed. Acharya, on the other hand, had high expectations for the film. The movie will be released in theaters in another five days. Fans expect Acharya Chiranjeevi to be the biggest hit of his career.

It remains to be seen whether this film will be allowed to increase ticket rates as it is a limited screen film. Mega fans hope that Acharya will also become the biggest blockbuster hit and create new records. Koratala Shiva fans are also eagerly waiting for this movie. It seems that the movie will be released in 3400 screens.