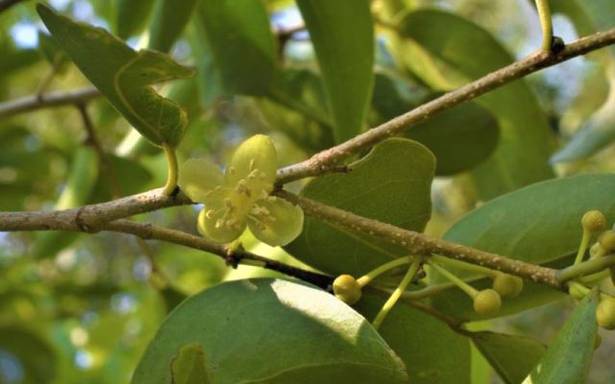 There are 163 sacred groves on the Marakkanam-Puducherry-Cuddalore stretch

For centuries, ‘Kovil Kaadugal’ or sacred groves were looked after and maintained by the local communities residing there, who made use of the age-old traditions and knowledge to conserve them.

However, many sacred groves in the northern region are now fast deteriorating due to rapid urbanisation and land scarcity. Now, a "non-profit" organisation, Indigenous Biodiversity Foundation (IBF), has come up with an eco-restoration initiative in a bid to conserve these green patches of land.

According to Environmental Information System (ENVIS), Puducherry, there are 163 sacred groves on the Marakkanam-Puducherry-Cuddalore stretch. A study on 15 samples out of 163 groves reported 252 plant species belonging to 176 genera, 62 families, 136 taxa and six lianas.

The groves were such diverse and host species of some of the last remaining repositories of critically endangered TDEF. IBF has identified 88 rare, endemic and near threatened plant species found in TDEF for conservation as part of ‘Uyir Moochu’initiative.

The unique eco-restoration initiative will focus on recovery and conservation of these plant species in biodiversity hotspots in TDEF, the second most endangered forests next only to mangroves.

K. Raman, founder of IBF said that though most of these plant species were found only in the wild and in fringes of forest patches, they have been displaced and taken over by invasive species. “Volunteers from IBF along with Sekar, a traditional seed collector from Auroville have gathered seeds of rare, endemic and near-threatened native species found in sacred groves on the stretch from Puducherry to Ramanathapuram. The plants grown in nurseries will be introduced in to their natural habitat and areas with decreased count,” he said.

Earlier, several sacred groves on the Puducherry-Cuddalore stretch housed a few deities especially Ayyanar revered by the local communities. The groves remained untouched due to religious beliefs and had several plant and animal species. But they have now been razed and replaced with concrete structures, he said.

“Our main objective is to strengthen the bond that the local communities shared with the sacred groves. We will be educating the locals on the importance of these groves and ensure their involvement in the conservation plan to protect the remaining patches,” says Mr. Raman.

“IBF has already raised different species and they are now in high demand. The Malai Poovarasu is one such endemic species and there are less than 500 species in the wild.”

“These rare and endangered plant species found in sacred groves harbour rich biodiversity and are rich repositories of valuable medicinal plants. The groves also support a wide variety of birds and small mammals including the Palm Civet, Slender Loris and the Rusty Spotted Cat, the world’s smallest car,” says S. Vimalraj, a naturalist.

The Department of Forests could also take up planting of these rare species on the coastal belt from Cuddalore to Ramanathapuram. This would not only ensure protection but also enhance the biodiversity of the groves, Mr. Vimalraj adds.