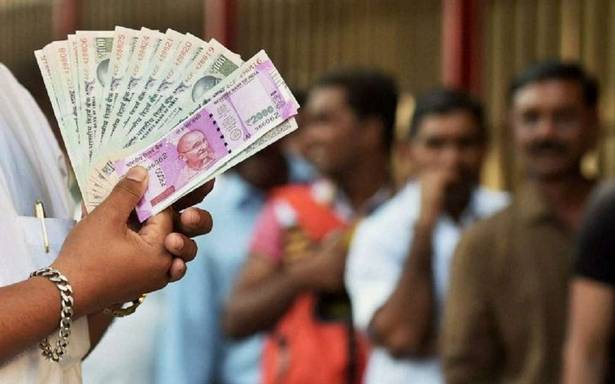 A legally binding net-zero target and supportive government policies can lead to massive investments in green technologies and equipment.

India’s GDP will rise by $406 billion by 2050 and more than 43 million jobs will be created, as the Asia’s third-largest economy leaps towards a net-zero target, according to a report by Observer Research Foundation (ORF).

At the 2021 Climate Change Conference, also known as COP26, Prime Minister Narendra Modi outlined a net-zero emissions target by 2070 for India. Also, India is targeting to increase its low-carbon power capacity to 500 gigawatts (GW) by 2030, and meet 50% of its energy requirements from renewable energy by 2030.

"India’s net-zero carbon emissions target of 2070 is momentous and praiseworthy, but highly ambitious to say the least," an ORF statement said.

Structural changes and accelerants required to steer this transformation while balancing the twin goals of sustainability and development are detailed in the report ‘Shaping Our Green Future: Pathways and Policies for a Net-Zero Transformation’.

The report, ORF said, is a compendium of essays that offers possible solutions to several pressing questions and aims to provide a roadmap for India’s transition to a decarbonised and green economy.

"The net-zero pathway will require committing to a legally binding net-zero target by a fixed year," said Jayant Sinha, Chairperson of the Standing Committee on Finance, in the report.

A legally binding net-zero target and supportive government policies can lead to massive investments in green technologies and equipment.

"This, in turn, will thoroughly transform electricity generation, transportation, construction, real estate, agriculture, cement, steel, and many other industries – a largely private-sector transformation, driven by private-sector capital," he said.

"Massive green investments will likely drive fast economic growth and create high-quality jobs. Net Zero will prove to be a Net positive for India," he added.

According to the quantitative modelling conducted on decarbonisation pathways for the Indian Economy, the GDP in 2050 is projected to be up by $6 billion in the net-zero scenario.

The monograph is published by ORF in collaboration with the MacArthur Foundation, Shakti Sustainable Energy Foundation, National Investment & Infrastructure Fund (NIIF) and the Climate Policy Lab at The Fletcher School, Tufts University.

"India’s path to a prosperous low-carbon economy rests on three types of strategies: job creation in low-carbon industries, robust low-carbon economic growth, and peaking, and subsequently reducing, its GHG emissions in a way that does not disrupt development aspirations," said Kelly Sims Gallagher, Professor and Academic Dean at The Fletcher School, Tufts University.

The green transition must be driven by values of climate justice and inclusion, "leaving no one behind," remarked Kate Hampton, CEO at the Children’s Investment Fund Foundation.

"A wide range of stakeholders (allies and opponents alike) must come together to build alliances that further the integration of Just Transition principles in global efforts towards decarbonisation. A decarbonised world will truly make sense only if the new system is fair, equitable, and inclusive," Hampton said.

Global cooperation and climate diplomacy will be instrumental in altering global climate change. There can only be one green new deal, and it will have to be global. Domestic green new deals are thus at best only of tangential assistance to the global fight against climate change. It is a new global green deal that is required, ORF said. PTI ANZ ANZ DRR DRR