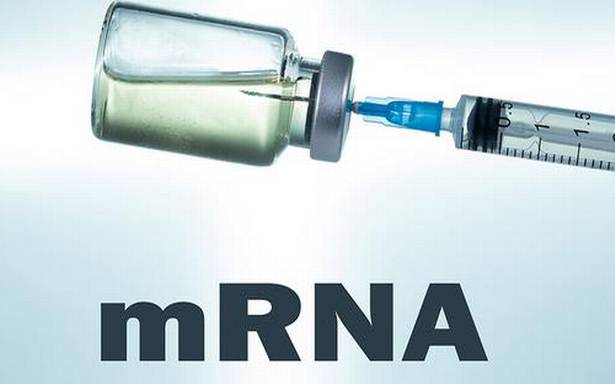 Data from human trials likely to be presented for evaluation by end February.

Data from human trials of India’s first homegrown mRNA COVID-19 vaccine are likely to be presented to authorities for evaluation by the end of the month, and company officials are aiming to roll out the product before April, two senior scientists connected to the Department of Biotechnology told The Hindu.

The mRNA vaccine being developed by Pune-based Gennova Biopharmaceuticals is currently in phase 2/3 trials to evaluate the safety, tolerability and immunogenicity of the candidate vaccine in healthy subjects. Around 4,000 volunteers have been recruited for the trial.

India has so far approved at least six vaccines that can be manufactured locally but only two — Covishield and Covaxin —have been administered to over 99% Indians. Globally, mRNA vaccines have been at the vanguard of inoculation programmes in the United States and Europe because they exploit recent advances in molecular biotechnology and are said to be quicker to manufacture than older, well-established vaccine design principles.

A limitation of the mRNA vaccines, or those made by Pfizer and Moderna, was that they were required to be stored in sub-zero conditions — a tough proposition in a country where such a degree of refrigeration is limited in availability. However, the prospective Gennova vaccine can be stored in ordinary refrigerators, the makers of Gennova have claimed earlier. The mRNA vaccine, can also purportedly be tweaked to be effective against newer variants, but so far, all the vaccines developed — including the prospective Gennova vaccine — have been customised to the original SARS-CoV-2.

Gennova has been funded with ₹125 crore from the Department of Biotechnology (DBT).

One official said that the company had faced challenges in recruiting volunteers because, to evaluate the vaccine’s efficacy, it would be necessary to find volunteers who had neither been vaccinated nor exposed to the virus. Several serology surveys have shown 70%-90% of adults and children have been exposed to the virus, and hence express antibodies on being tested since March 2020.

“From what I know, the company is ready to roll-out the vaccine by March or April and will be approaching the Drug Controller General of India soon,” said Govindraj Padmanabhan, who chairs a vaccine committee of the DBT and has closely followed developments in the vaccine space.

Sanjay Singh, CEO, Gennova Biopharmaceuticals, did not respond to text messages for comment.

As of Wednesday, India has administered over 171 crore doses of COVID-19 vaccines.

Health Ministry figures suggest that while 77% of the eligible adult population in India are fully vaccinated, 95% have received at least one COVID-19 jab. Over 65% of adolescents in the 15-18 years category have also received their first dose. In those vaccinated, close to 86% have received Covishield while nearly 14% have availed Covaxin.