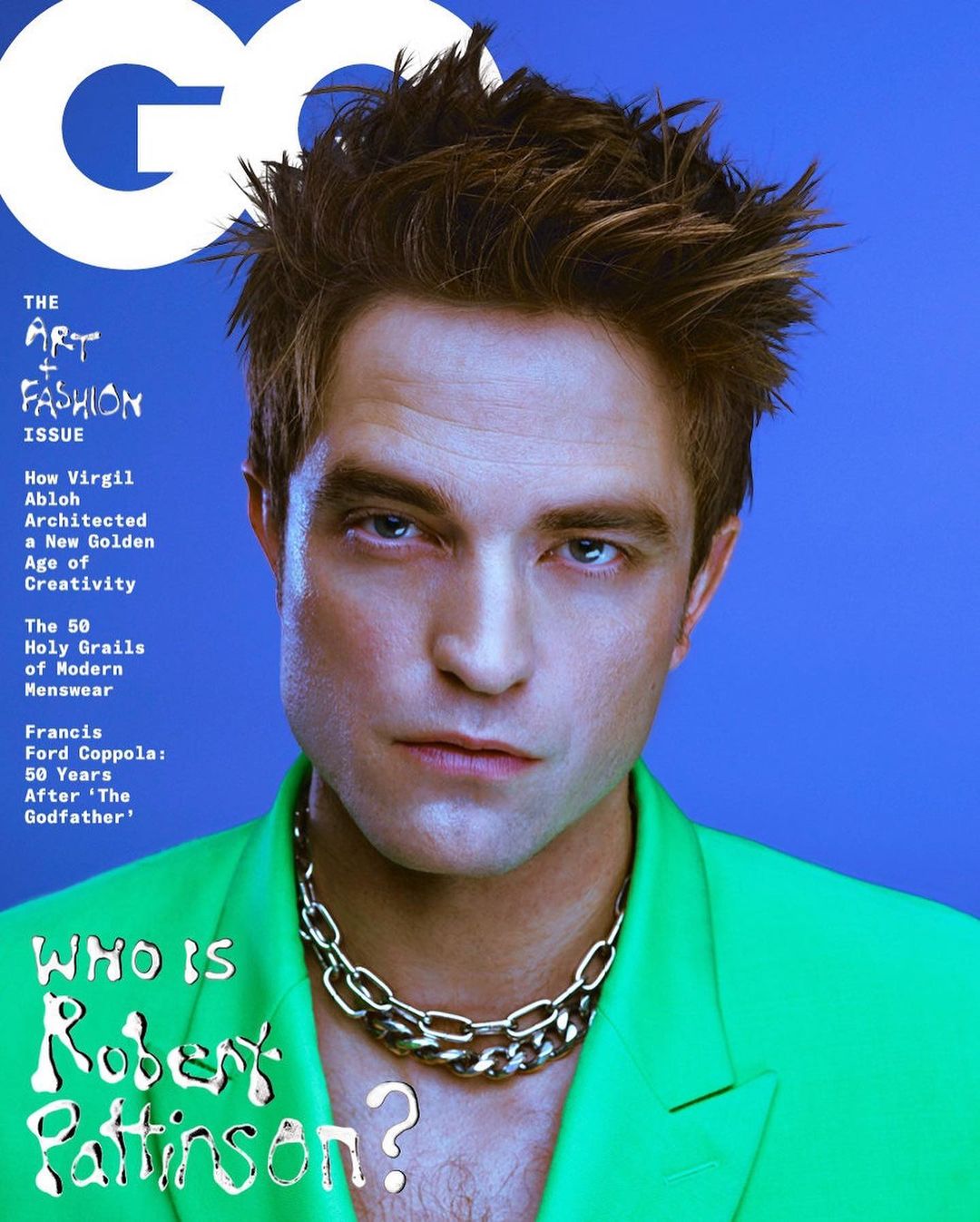 When Robert Pattinson was cast in The Batman, I knew that the interviews and promotion for the film would be amazing. And in just one magazine interview, Pattinson completely delivered. Rob covers the March issue of GQ, and this interview is hysterically funny. I don’t believe Rob has ever gotten enough credit for just how hilarious, wry, weird and charming he is in real life. Like, he’s a complete weirdo with an angel face. It’s strange that someone this attractive has such a great personality, and that he’s got such a terrifically dry, absurdist sense of humor. Anyway, all of that to say, this GQ interview is hysterical. If you have 20 minutes, go and read the whole thing and you’ll laugh-cry. Some highlights:

A large man: “A lot of Batman fans are like, He’s tiny, he’s tiny! I’m not f–king tiny! I’m, like, a large person. About half the time, I’m trying to get skinnier.”

He’s constantly second-guessing his master plan for his career: “I’m constantly doing risk assessments, which drives everybody crazy, trying to predict every single element that could possibly happen. And then, at the end of it, just being like: Ah, f–k it! I’ll just play a lighthouse keeper who f–ks a mermaid! I think this is the right move!”

His nihilistic Batman: “Normally, in all the other movies, Bruce goes away, trains, and returns to Gotham believing in himself, thinking, I’m gonna change things here. But in this, it’s sort of implied that he’s had a bit of a breakdown. But this thing he’s doing, it’s not even working. Like, it’s two years into it, and the crime has gotten worse since Bruce started being Batman. The people of Gotham think that he’s just another symptom of how sh-t everything is. There’s this scene where he’s beating everyone up on this train platform, and I just love that there’s a bit in the script where the guy he’s saving is also just like: Ahh! It’s worse! You’re either being mugged by some gang members, or a monster comes and, like, f–king beats everybody up! The guy has no idea that Batman’s come to save him. It just looks like this werewolf.”

Bruce Wayne creates Batman because Bruce had a breakdown: “All the other stories say the death of his parents is why Bruce becomes Batman, but I was trying to break that down in what I thought was a real way, instead of trying to rationalize it. He’s created this intricate construction for years and years and years, which has culminated in this Batman persona. But it’s not like a healthy thing that he’s done.” It’s like an extended crack-up. “Almost like a drug addiction,” he says. There’s a moment when Alfred asks Bruce what his family would think of him tarnishing the family legacy with his new side hustle. “And Bruce says: ‘This is my family legacy. If I don’t do this, then there’s nothing else for me.’ I always read that as not like, ‘There’s nothing else,’ like, ‘I don’t have a purpose.’ But like: ‘I’m checking out.’ And I think that makes it a lot sadder. Like, it’s a sad movie. It’s kind of about him trying to find some element of hope, in himself, and not just the city. Normally, Bruce never questions his own ability; he questions the city’s ability to change. But I mean, it’s kind of such an insane thing to do: The only way I can live is to dress up as a bat.”

He loves masks: “It’s funny with all these anti-mask things, because I’m like, I will be wearing a mask for the rest of my life. I think I’ve gained a few years of life from lack of stress. It’s ideal when everyone else is wearing one as well, so it’s not like I’m standing out. It’s incredible.”

He romanticizes his friend’s soccer fandom: “There’s just something so lovely about having something every single Sunday, where it’s like, This is what I’m doing. Rather than just, when anybody asks me, What are your hobbies? I’m like: F–king fretting. Worrying about the future.”

Ageing, potential fatherhood: “Eventually, I’m probably gonna have a child. So I’ve started training myself so that I can be somewhat…so that I can play soccer with a three-year-old.” He feels himself getting older by the instant. “Thirty-five was definitely the year when things changed. I really stretched out my adolescence to about 34…”

I wonder if he is thinking about fatherhood more these days. He’s been with Suki Waterhouse for years now, I think. They live together, they seem very happy together, it seems uncomplicated. Hm. As for the rest of it… from the word go, this was hysterically funny. The idea that Batman f–ks up Gotham for two years and everyone hates him…perfecto!! The bummer take on “it’s kind of such an insane thing to do: The only way I can live is to dress up as a bat,” it’s all amazing.

There are several sections about his genuine hobbies too, and one of them is…chairs. He designs chairs in miniature, by hand/clay sculpture, sends photos to a furniture maker and they bring him what he designs. He takes a lot of photos of chairs. It’s his thing. He’s obsessed with chairs. 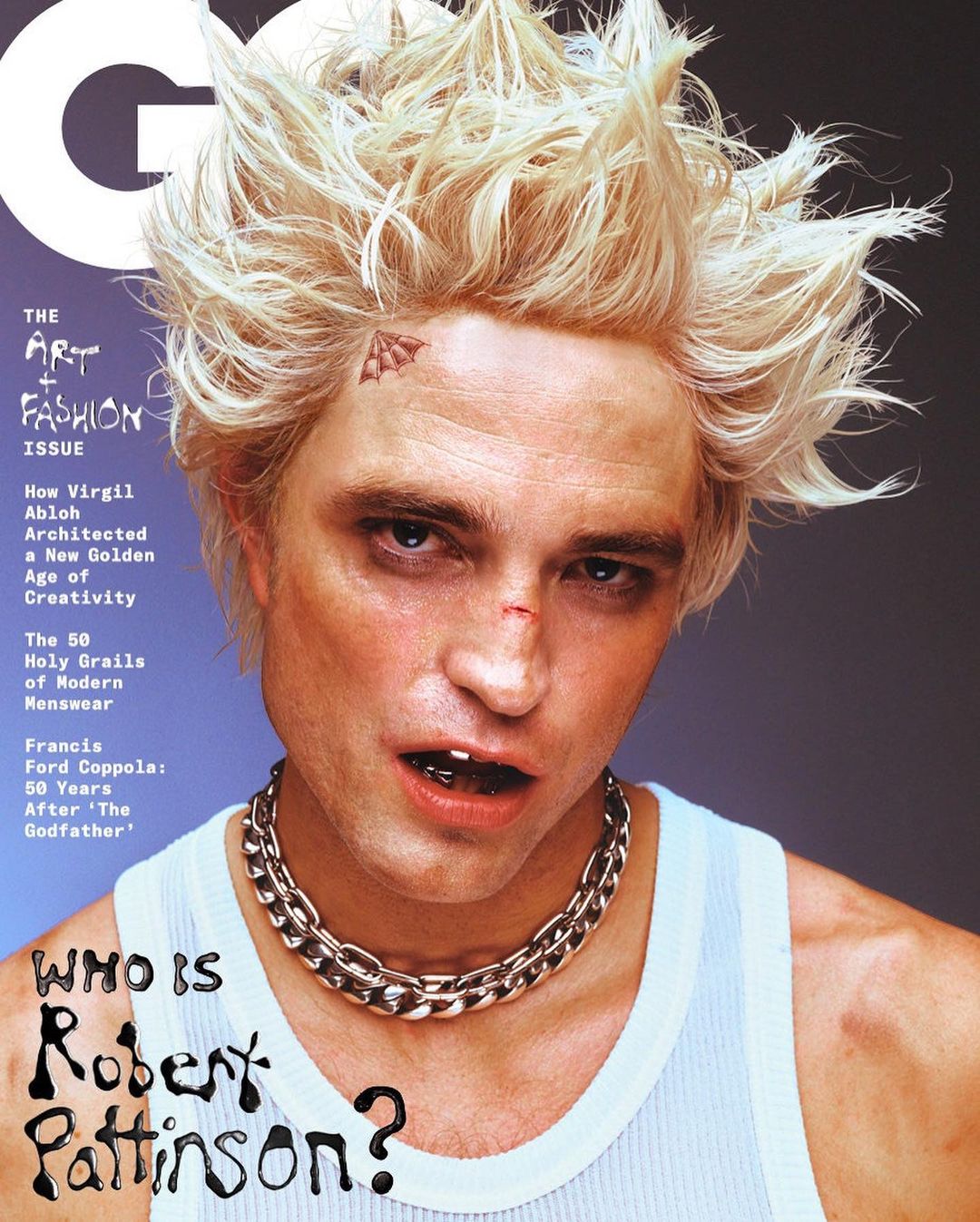 Covers and photos courtesy of GQ.