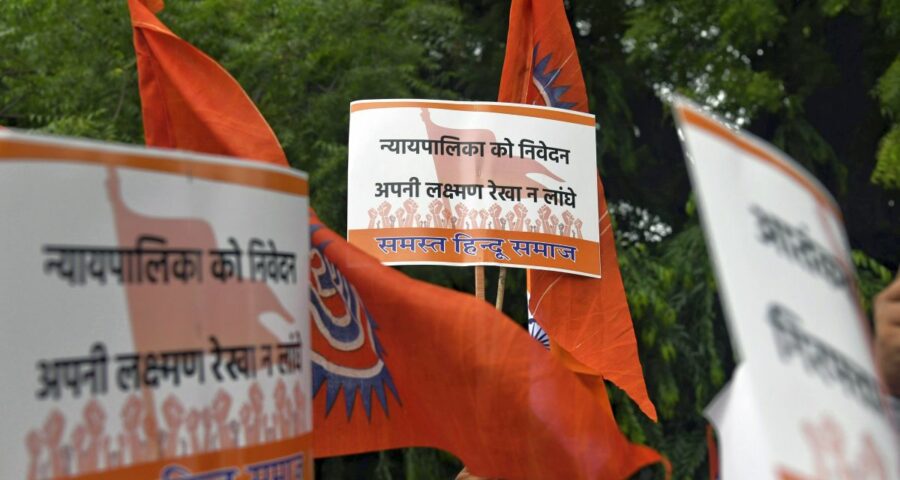 India is facing the danger of becoming a Hindu nationalist State, an outgoing Democratic Congressman known for his anti-India tirade said on Thursday.

Describing himself as a “lifelong human rights advocate” Congressman Andy Levin (62) in his last speech on the floor of the US House of Representatives said the US has had more success in human rights, although the situation was dire in many parts of the world.

“I have been a vocal advocate for human rights in places like India, which is in the danger of becoming a Hindu nationalist State rather than a secular democracy, the world’s largest democracy,” alleged Levin, who represented the ninth Congressional District from Michigan. In the next Congress, it will be represented by Lisa McClain of the Republican Party.

“I am a lover of Hinduism, a lover of Jainism, Buddhism and other religions that were born in India, but we need to protect the rights of all people there. Whether they’re Muslims, Hindus, Buddhists, Jews, Christians, Jains,” Levin, said.

The Congressman also highlighted some other countries, including Egypt where he said thousands of political prisoners were languishing in jail.

“Let me mention just a few highlights. The House passed my bipartisan resolution condemning the coup in Burma (Myanmar) and we have continued oversight of the very troubling human rights situation there as well as the inspiring efforts of the Burmese people to resist repression,” he said.

“Indeed, my first foreign trip as a congressman was to Bangladesh to visit Rohingya refugees just over the border from Burma there,” Levin said.

As a lawmaker, Levin was known for making frequent statements against India, including those on Kashmir.

During a special Congressional briefing titled “India’s Brutal Persecution of Kashmir,” organised by multiple human rights groups, including the Indian American Muslim Council (IAMC), on April 20, Levin had called for international attention on the issue.

“While Kashmir may not be in the nightly news, what’s happening there deserves the world’s attention, and it’s still a prime example of how Prime Minister Modi is taking India in the wrong direction in terms of human rights and democracy,” Levin alleged. Levin is a member of the House Foreign Affairs Committee and is vice chair of the subcommittee on Asia, the Pacific, Central Asia, and non-proliferation.

During another Congressional briefing organised by IAMC last year, Levin had expressed concern over religious freedom in India.

“The India of (Prime Minister) Narendra Modi today is not the India I fell in love with,” he said.

“Why would I be so critical and so publicly critical of a country that I love? The answer is it is because I love India that I am committed to ending these attacks on its people. It is because I am so passionate in my support for the vibrant democracy I came to know as a young man, that I want to see that democracy flourish for generations to come,” Levin said.

Following his defeat in the Democratic primary, House Speaker Nancy Pelosi described him as a skilled legislator, a valuable leader and a proven fighter for working people.

“Our House Democratic Caucus is deeply grateful for Congressman Levin’s service, and we will miss his leadership in the House,” Pelosi said.

She said public service was in “Levin’s DNA” and that he served as a powerful champion of American workers and working families.