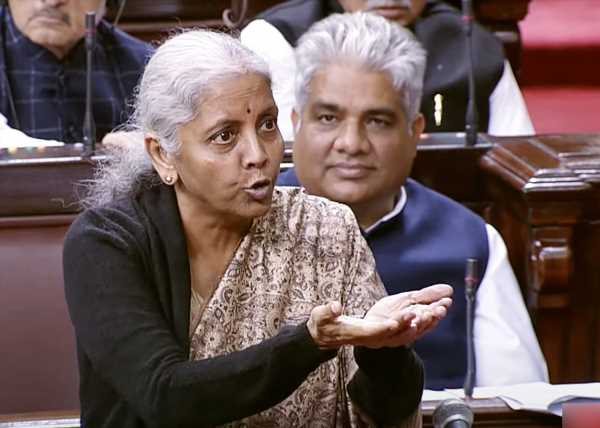 Instead of conceding the demand for a cut in personal income-tax rates, Finance Minister Nirmala Sitharaman should phase out many exemptions in both personal and corporation taxes, suggests A K Bhattacharya.

Finance Minister Nirmala Sitharaman has begun her annual consultations for finalising what would be her fifth Budget, to be presented on February 1, 2023. This will be a significant exercise for more than one reason.

It would be the first Budget after what appears to be a gradual retreat of the pandemic that had seriously affected Budget-making for the last two years.

But more importantly, the Budget for 2023-2204 will be prepared against the backdrop of high inflation, unemployment, hardening interest rates and a geo-political crisis caused by the Russia-Ukraine conflict, which is adversely impacting not only the crude oil prices and India’s external account, but also the pace of economic recovery.

So, what precisely should Sitharaman be mindful of while she prepares the next Budget?

An assessment of the state of the government’s finances would be a useful tool to zero in on the factors that the finance minister should keep in mind while framing her Budget proposals. Here is a list of three such factors.

Weak tax buoyancy: The finance ministry is understandably ecstatic about the healthy growth in tax revenue collections in the current year.

And since the growth will be led by an increase in collections of both direct and indirect taxes, the development has positive implications for public finances, particularly in terms of reining in the fiscal deficit.

But how well will the tax revenues do vis-à-vis the increase in the nominal size of the Indian economy? Assuming that gross tax collections grow by 15 per cent to Rs 31 trillion in 2022-2023 and the nominal size of the economy also expands by 15 per cent to Rs 272 trillion, the share of these taxes in gross domestic product or GDP would be about 11.4 per cent, marginally lower than the 11.44 per cent recorded in 2021-2022.

What’s more, the tax buoyancy rate is expected to drop to just 1 this year, compared to 1.72 in 2021-2022. The last time tax buoyancy had reached 1.7 was in the pre-demonetisation year of 2015-2016, after which for three successive years, the buoyancy rate kept falling before entering the Covid years.

If in spite of a healthy rise in gross tax collections, the tax-to-GDP share is not rising and tax buoyancy is going to drop significantly in the current year, there is something in the central taxation architecture that needs to be fixed urgently. That is what the finance minister should be focused on while formulating the Budget for 2023-2024.

Thus, instead of conceding the demand for a cut in personal income-tax rates, she should use the falling tax buoyancy to justify a further phasing out of the many exemptions in both personal and corporation taxes.

The gap between the effective rate of taxation (including the impact of exemptions) and the nominal rate of taxation is still quite large and removal of the many exemptions in her last full Budget, before the general elections due in 2024, would be a sensible way of raising revenues and the tax buoyancy rate.

Also, the optional schemes available to companies and individuals for enjoying lower tax rates by foregoing exemptions could be made more attractive. 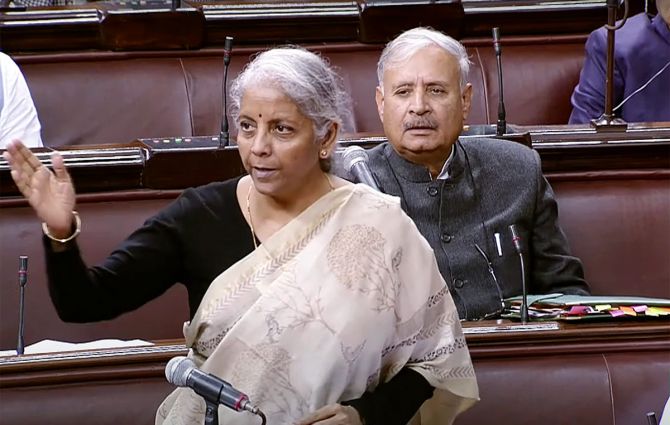 The quality of expenditure: The need for widening the tax base and raising tax buoyancy is critical because there is no way the finance minister can afford not to raise expenditure in the run-up to the elections.

Last year, the finance minister managed to bring the government’s total expenditure down to a little less than 16 per cent of GDP, after it had ballooned to about 18 per cent in 2020-21. In 2022-23, she has planned a further reduction to 15.3 per cent of GDP, but there could be some slippage.

But the focus should be on improving the quality of expenditure. Already, the emphasis on capital expenditure has augured well for the economy.

This is the longest uninterrupted period of annual increases in capex since 2020-2021, and this trend must be maintained with perhaps a higher rate of increase in 2023-2024.

If that requires curtailing the rise in revenue expenditure, including that on subsidies and on some schemes that have outlived their utility, the finance minister should go ahead without a second thought.

Transparency and distortions: One of the steps Sitharaman had taken towards transparent budgeting was to present in her statement the extent of off-Budget borrowing the government had sought recourse to meet its expenditure.

This was a laudable exercise and the finance minister must continue to stay away from such opaque ways of meeting the government’s expenditure. For 2023-2024, Sitharaman could take the next big steps in eliminating or reducing the distortion in the way the government of late has been mobilising tax revenues at the cost of the states.

This share is to decline to 16 per cent in 2022-23, but this in effect means that the states will not get a share of this part of the Centre’s gross tax collections.

The process of reducing the Centre’s dependence on cess and surcharges must begin without any further delay. Instead, the government could examine how non-tax revenues and receipts from asset monetisation could be raised further.

A partial way out of the need to share less revenue with the states would be to take steps to improve non-tax revenues by increasing fees and service charges.

In the last two years, non-tax revenues have languished at just about 1 to 1.3 per cent of GDP, compared to over 2 per cent about a decade ago. Non-tax revenues are not shared with the states.

Instead of relying on higher cess and surcharge collections, it would be more sensible to collect more through non-tax revenues.