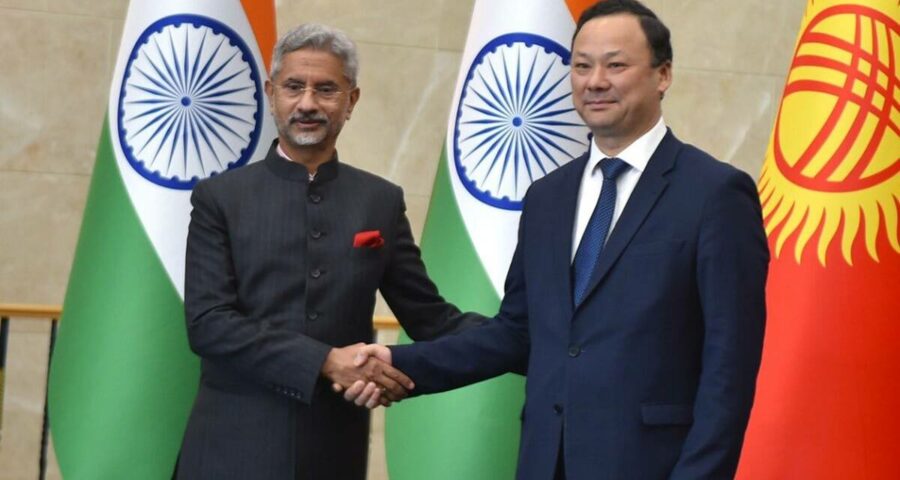 India said on Monday that it was closely following the developments in Afghanistan and underscored the importance of the Taliban regime meeting the expectations of the international community as elaborated in a UN Security Council resolution.

External Affairs Minister S Jaishankar made the remarks during a joint press appearance with his Kyrgyz counterpart Ruslan Kazakbaev after a “constructive” meeting with him here.

Jaishankar said that discussion on developments in Afghanistan and its implications for the peace and security of the region occupied some time in his talks with Kazakbaev.

“We are closely following the developments in Afghanistan. It concerns all of us. Any instability in Afghanistan will have an impact in the region. There are expectations of the international community from the current regime in Afghanistan, which are adequately elaborated in the UNSCR 2593,” he said.

The UNSC resolution 2593 unequivocally demands that Afghan territory not be used for sheltering, training, planning or financing terrorist acts; and specifically refers to terrorist individuals proscribed by the UN Security Council, including Lashkar-e-Taiba and Jaish-e-Mohammad

“India and Kyrgyz Republic have a shared approach to developments in Afghanistan,” he said in a tweet.

Last month, Prime Minister Narendra Modi had called for ensuring that no country “tries to take advantage of the delicate situation in Afghanistan and use it for its own selfish interests.”

Addressing the 76th UN General Assembly in New York, Prime Minister Modi had also said that it is absolutely essential to ensure that Afghanistan territory is not used to spread, terrorism, and for terrorist attacks.

Jaishankar arrived here on Sunday as part of his four-day visit to Kyrgyzstan, Kazakhstan and Armenia with an aim to further expand bilateral ties with the three Central Asian countries.