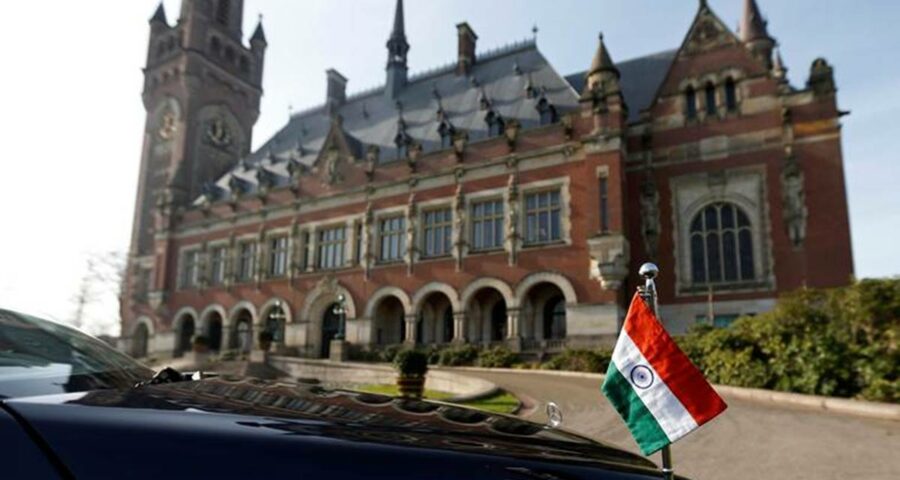 The end of 2020 marks India investing, between the Savarkar and the Jadav cases, a century of faith in international law and international dispute resolution. The year 2020 was historic for being the centenary of the adoption of the Statute of the Permanent Court of International Justice (the PCIJ) in the Hague. The PCIJ complemented the Permanent Court of Arbitration (PCA) that was established in the Hague in 1899. The PCA was established “to facilitate arbitration and other forms of dispute resolution between states” after the made-in-India expanding Dumdum bullets made the 19th-century European wars untenable. That India has walked hand in hand with the two Hague courts for a century bears reminding.

The Savarkar legend of crossing the sea to escape the British rule was born at the Hague. In 1910, V D Savarkar, a British-Indian subject, escaped British capture to be later detained aboard a British commercial vessel harboured at Marseille, France en route to India. Savarkar was to be tried for “abetment of murder.” Savarkar swam ashore but was arrested by a brigadier of the French maritime and turned over to the British. The French government, however, disapproved of the manner in which Savarkar was returned to British custody. Paris demanded Savarkar’s “restitution to France” on the ground of Savarkar’s “defective extradition”. The two governments agreed to submit their dispute to a PCA tribunal. The tribunal concluded that the defective extradition “did not result in any obligation” on the British government to restore Savarkar to the French. In the same year, Sri Aurobindo, successfully left British India for Pondicherry from Chandernagore, a French enclave in Eastern India. Between two European empires, the PCA made international law an object of imperial convenience.

After World War II, the PCIJ at the Hague became the International Court of Justice (the ICJ). The ICJ’s “role is to settle, in accordance with international law, legal disputes submitted to it by States and to give advisory opinions on legal questions referred to it by authorized United Nations organs and specialized agencies.” The ICJ is composed of 15 judges, elected for terms of office of nine years by the UN General Assembly and the Security Council. The ICJ “as a whole must represent the main forms of civilization and the principal legal systems of the world”.

Article 51 of the Constitution of India promotes faith in international law and dispute resolution by arbitration. Sir Benegal Rau, advisor to India’s Constituent Assembly, was appointed as judge to the ICJ in 1952. In 1973, Nagendra Singh became the second ICJ judge from India. President judge Singh presided over the ICJ’s perhaps the most important case, the Nicaragua case, where the Court ruled against the United States. While the Nicaragua case became the toast of textbooks, the role of the African and Asian judges in creating the precedents that spoke law to power in the middle of the Cold War remains, like things Third World, less acknowledged.

India has strongly believed in the Hague courts for the resolution of disputes despite, as jurist Antony Anghie says, international law and its courts having been complicit in the project of colonisation. In 1958, Portugal sued India at the ICJ for not allowing Lisbon to cross Indian territory with arms to quell nationalist movements in Daman and Diu. The ICJ ruled that Portugal had only a right of civil, not military, passage subject to India’s consent. Taiwanese Judge Wellington Koo had supported the “right the passage of Portuguese armed forces, armed police and arms and ammunition”. That very year, Cambodia took Thailand to the ICJ to decide the ownership of the Preah Vihear Temple. The ICJ in June 1962 ruled in favour of Cambodia. K Krishna Rao, India’s legal advisor, immediately suggested going to the ICJ for the resolution of the India-China border dispute with the Preah Vihear precedent in mind. Within months, China retaliated on the Himalayas lest India legalises the dispute at the Hague. Most recently, India took the Kulbhushan Jadhav case to the ICJ. Needless to say, India has been a supporter of peaceful international dispute resolution at the Hague.

That cannot be said of China, however. Beijing is working overtime to develop a modern tributary system, a Chinese brand of imperialism, with the belt and road initiative to which India is not a party. Shringla’s comments become important after Beijing has stood out in disregarding international law including rejecting a PCA award; the South China Sea award given under the UN Law of the Sea. Yet Chinese judges, as part of the ICJ and other international courts, continue to adjudge cases involving other countries.

The end of 2020 marks India investing, between the Savarkar and the Jadav cases, a century of faith in international law and international dispute resolution.