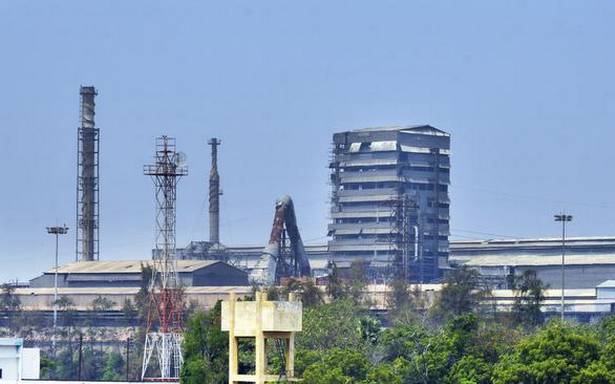 It is not practically possible or advisable to let any inexperienced personnel to operate plant, says the firm.

Vedanta has objected in the Supreme Court to allow Tamil Nadu government run its oxygen plant situated in the State.

The court had urged the Tamil Nadu government or expert authorities to take over the plant and start the manufacture of medical oxygen to tide over the life-threatening shortage amid the pandemic across the country.

Vedanta had recently moved the apex court, offering to initiate oxygen production at its Sterlite Copper premises within a week.

The company had applied to the Supreme Court, saying it should be allowed to reopen its factory premises, which was closed by the State in 2018 due to environmental problems. Vedanta said it would have its own professionals inspect and maintain the machinery, conduct repairs and have the oxygen plant up and running to cater to the need of the COVID-19 patients.

“Petitioner [Vedanta] has oxygen plants with the capacity 1050 MT per day, which was established in the year 1998 and 2004. The quantity of oxygen produced by the petitioner’s plants is significant which can be seen in contrast to the entire oxygen produced in the country which is approximately 7,500 MT per day,” Vedanta said in an affidavit.

However, the Tamil Nadu government remained skeptical in court about the company’s intentions. This has promoted the court to ask the State to then take over the running of the oxygen plant.

Now, Vedanta has strongly objected to the State’s takeover of its oxygen plant. “The oxygen plant requires a total manpower of 45 trained personnel to operate it at its full capacity. The plant can be operated by engineers having the expert domain knowledge and by those who are competent and trained over a period of time with an experience of at least 10 years,” the affidavit said.

Vedanta submitted that its oxygen plant was constructed at a cost of ₹150 crore and the average annual maintenance cost for this plant was ₹2 crore.

“It is not practically possible or advisable to let any inexperienced personnel to operate the plant,” the affidavit said.

The court is scheduled to hear the case on Tuesday.