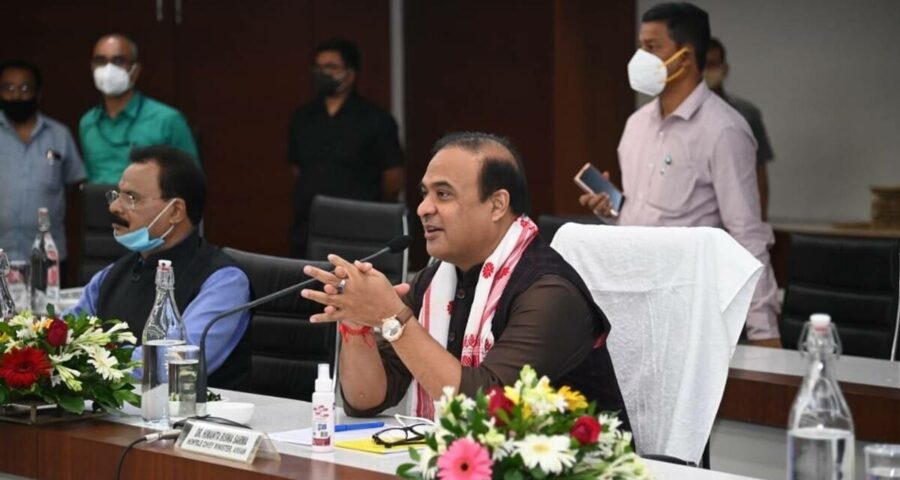 CM Himanta Biswa Sarma added that in the meeting it was emphasised that the “uniqueness of the indigenous Assamese Muslims should be protected and preserved”. Population explosion is a threat that needs to be managed if Assam has to become one of the top five states in the country, Chief Minister Himanta Biswa Sarma on Sunday said. Addressing a press conference in Guwahati after he met over 150 leading indigenous Muslim personalities from various fields, Sarma further said that it was agreed in the meeting that population explosion in some parts of Assam is a real threat to the development of the state.

The meeting, titled ‘Alaap Alochana-Empowering the Religious Minorities’, was held to discuss the various socio-economic issues and problems faced by the community.

“We discussed a number of issues that the indigenous minority community is facing and it was agreed that population explosion in some parts of Assam is a real threat to the development of the state. This threat is most pronounced in the economic sphere,” said Sarma.

In order to address various issues being faced by the community, eight sub-groups comprising members from the indigenous Muslim community will be formed in the state. The sub-groups will focus on health, education, population stabilisation, cultural identity, financial inclusion, women empowerment and skill development.

Each committee will come up with recommendations on their assigned matters within three months. “After that, we will be here again to prepare a roadmap for the next five years,” he added.

Earlier this month, Sarma had faced criticism for his comment that “numerous social ills in Assam” could be overcome if the “immigrant Muslim community adopts decent family planning norms”.

“For their poverty to end, Muslim women need to be educated, population needs to be controlled. I appeal to them to work together with us. We are there for all of you, to support women’s education and reduce poverty. But poverty will never be reduced unless you control your population,” he had said.

While Sunday’s meeting was attended by intellectuals, writers, doctors, cultural workers, lecturers, historians and musicians, among others, the next round of meetings will be held with politicians and student organisations from the minority community.

Sarma added that in the meeting it was emphasised that the “uniqueness of the indigenous Assamese Muslims should be protected and preserved”.

Sarma said that in a few days he would meet with members of the Bengali-origin Muslim community of Assam to hold similar discussions. “There is a distinct difference in language and culture between these two communities. We respect both the identities,” he said.