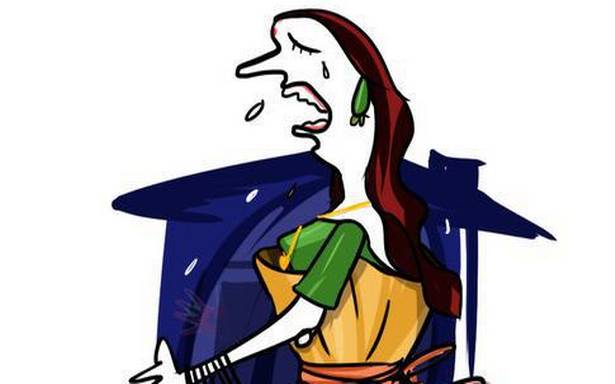 Domestic violence continues unabated, going by the 1,560 cases gender helpdesk Snehitha intervened in in Ernakulam district since its inception in 2013

A couple of years ago, a 55-year-old from rural Ernakulam in Kerala approached Snehitha, the gender helpdesk of Kudumbasree at Thrikkakara, seeking help for divorce from her alcoholic and sexually hyperactive husband.

Having suffered silently all along, the woman, who was by then an emotional and physical wreck, eventually decided to flee the toxic relation after her daughter was married off. But her husband flatly denied the divorce.

Snehitha helped her secure a protection order for her safe stay in the house and the police even locks up the man when he is at his abusive worst. However, these appeared to be of little help to the woman as the domestic abuse continued.

Domestic violence continues unabated, going by the 1,560 cases Snehitha intervened in in Ernakulam since helpdesk’s inception in 2013.

"Dowry and alcoholism remain the primary reasons for domestic violence, and women faced with both are reduced to living hell. Abusive husbands turn on their worst against women without a place to go or means to stay independent. Women either presume or face the reality that having married them off at quite an expense, they were no longer welcome at their homes," said Kavitha Govind, a counsellor with Snehitha.

In domestic violence cases triggered by dowry, the husbands often appropriate the entire dowry, leaving their partners dependent on them. Some of them even pressure women to bring more money or property.

"Women’s tolerance level to domestic violence remains high, except for a small section of employed new-generation women. But even they tolerate it initially, with the well-being of children the primary reason. Also, after sustained exposure to domestic violence, the victims themselves develop behavioural disorders," said Ms. Govind.

Police intervention in domestic violence cases remains mostly restricted to protection order for the victims issued by the court. But it takes months to secure it, by which time the victim would have suffered the worst.

"We reach out to victims through our neighbourhood groups, area development and community development societies and our sustained campaigns of Snehitha," said Mr. Money.