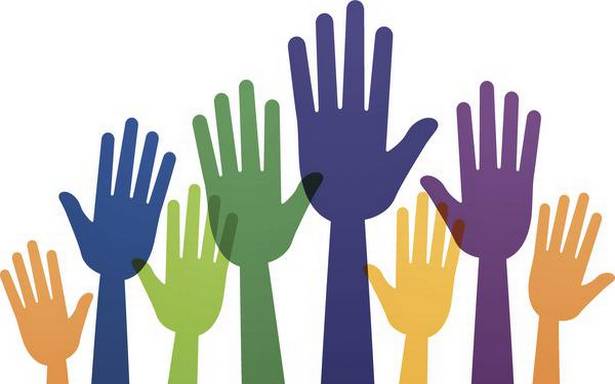 In the current moment, it is important to be clear why comparisons with China are not only specious but also dangerous

The ‘too democratic’ line

Comparing these track records, some commentators, including voices in the Government, have drawn a facile lesson. India’s problem is that it is just too democratic. Unlike China, making and implementing key decisions about public investment and various reforms is impossible in the din of multiple and contradictory democratic voices. What is needed are firmer and more independent forms of decision-making that are insulated from this cacophony.

This line of thinking has at various times been embraced by sections of the Left (Leninism) and multi-lateral technocrats and bankers, but, increasingly, has become the animating fantasy of right-wing leaders and movements, ranging from elected autocrats such as Donald Trump, Brazil’s Jair Bolsonaro and Narendra Modi. The strangeness of these bedfellows alone should be cause for alarm. But in the current moment, it is especially important to be clear why comparisons with China are not only specious, but very dangerous.

The claim that less democracy is good for development does not stand up to comparative, theoretical and ethical scrutiny. Contrary to those who believe economic management cannot be left to the whims of democratic forces, the comparative evidence clearly shows that democratic regimes have on balance performed better than non-democratic regimes.

China, with a history of state-building going back two millennia, and an exceptionally well-organised, disciplined and brutal form of authoritarianism, has done especially well in transforming its economy. Africa and West Asia, where authoritarian governments of every stripe have dominated, remain world economic laggards. The Latin American military dictatorships of the 1960s and 1970s had a terrible economic and social record, and it was with the return of democracy and the “pink wave” of Left populist parties that prosperity and social progress were ushered in. Taiwan and South Korea are also instructive. Their economic take-offs happened under military regimes and relied on labour repression. Their transitions to democracy saw their economies move up to the next level and become much more inclusive.

Most pointedly though, one only has to look within India to understand how development and democracy can thrive together. By just about any measure, Kerala and Tamil Nadu have done more to improve the lives of all their citizens across castes and classes than any other States in India and it is no coincidence that both have also had the longest and most sustained popular democratic movements and intense party competition in the country. In contrast, in Gujarat, where single party Bharatiya Janata Party rule has been in place for nearly a quarter century, growth has been solid but accompanied by increased social exclusion and stagnation in educational achievement and poverty reduction. The comparative record leaves little doubt that on balance, democracies are better at promoting inclusive growth.

The theory behind the authoritarian fantasy also does not hold up. First, the assumption that authoritarianism supports forms of decision-making that can rise above the hubbub of democratic demand-making to get things done presumes that those in command will serve the general interest rather than catering to the powerful and that when they enjoy such autonomy, they actually know what to do with it. This is just hubris. On both these points, democracies are in fact more likely to meet the necessary conditions for successful decision making. Elected representatives, no matter how venal, have to win re-election, which means answering to a broad swath of the electorate.

The conflicts and noise that democracy generates may complicate things, but in the end, having to respond to a broad spectrum of interests and identities not only protects against catastrophic decisions, but actually allows for forms of negotiation and compromise that can bridge across interests and even balance otherwise conflicting imperatives for growth, justice, sustainability and social inclusion. The remarkable progress the United Progressive Alliance governments made in building a welfare state (National Rural Employment Guarantee Act, the Right To Information, the right to food and other programmes) is a testament to how a democracy can master even the most complex policy goals. As democratic theorists have long argued, the common good cannot and should not be determined by science, profits, technocrats or autocratic fiat. What it is and how we get there can only emerge out of sustained societal deliberation.

A look at China

India’s tryst with democracy was born not only of its liberation movement but also of its affinity with what makes democracy ethically unique: it promotes equality by endowing all citizens with the same civic, political and social rights even as it protects and nurtures individuality and difference. And this is where the China-India comparison is so problematic, indeed unconscionable.

However one might like to measure or evaluate China’s development successes, there is no way to discount the human cost of the party-made great famine that took some 35 million lives, a cultural revolution that made enemies out of neighbours, a one child policy that devastated families and erased a generation or the violent, systematic repression of the Uyghur Muslim and Tibetan minorities. These were not unfortunate excesses or the inevitable costs of development. These were and are the irredeemable instincts and predations of an authoritarian state, one which now denounces as “historical nihilism” any interpretations of the past that challenge the party’s official history. Conversely, while India’s democracy has been quarrelsome, cumbersome and often dominated by elites, it has also opened social and political spaces for subordinate groups and has built a sense of shared identity and belonging in the world’s largest and most diverse society. It has preserved individual liberties, group identities and religious and thought freedoms, all the things that confer recognition on human beings. To even pose the question of a trade-off between these freedoms and the role they have played in building a pluralistic nation and some cold, utilitarian calculus of “development” not only does violence to the very idea of human agency and dignity but completely abstracts from the very different social and historical realities of India and China.

There is a backslide

Beyond these comparative arguments for democracy, one need look no further than the object lesson the BJP government has provided to dismiss the authoritarian fantasy. The democratic backsliding has been clear. The Government has not only sought to centralise, insulate and personalise decision-making but has also aggressively undermined the independence of democratic institutions and silenced and imprisoned Opposition voices, all in the name of nationalism and promoting development. Yet, the development track is dismal at best. While corporate business interests and the billionaire class have flourished, the overall economy has sputtered and since COVID-19 has experienced the worst contraction of any sizeable economy in the world. Demonetisation and the disastrous response to the second COVID-19 wave were not just instances of utter policy incoherence fuelled by the sycophancy and myopia that comes with an inwardly focused government, but exposed a degree of callousness and arrogance rarely seen in a democracy. On the social front, the pursuit of Hindutva — a prototypical variant of authoritarian ethnic nationalism — has shaken India’s democratic norms and institutional foundations and weaponised a politics of polarisation and demonisation that threaten to unravel the social fabric of the nation.

Rather than look to China, it is time to defend the noise of Indian democracy.