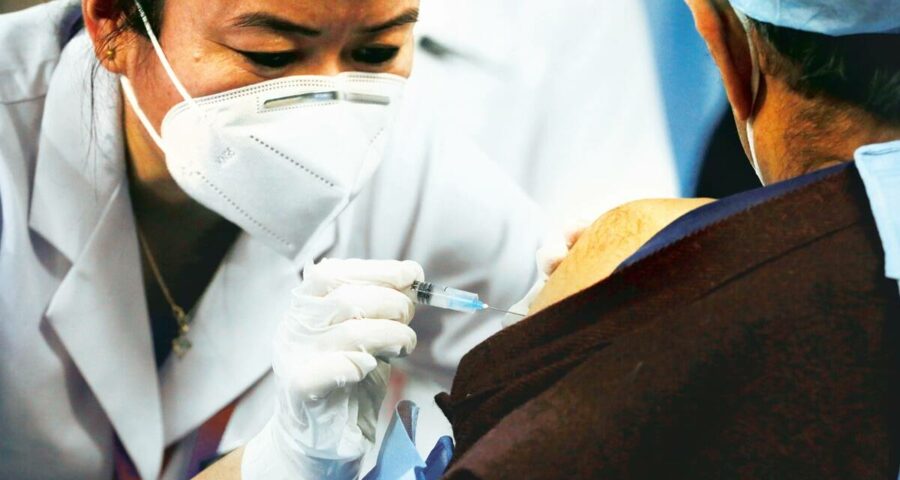 According to the Union Health Ministry, cumulative vaccination coverage of the country touched 50.03 crore doses, after 43.29 lakh doses were administered on Friday. Just over six months after it launched the Covid-19 vaccination drive, India on Friday completed administering a cumulative 50 crore doses.

According to the Union Health Ministry, cumulative vaccination coverage of the country touched 50.03 crore doses, after 43.29 lakh doses were administered on Friday.

“India’s fight against COVID-19 receives a strong impetus. Vaccination numbers cross the 50 crore mark. We hope to build on these numbers and ensure our citizens are vaccinated under #SabkoVaccineMuftVaccine movement,” Prime Minister Narendra Modi tweeted.

On March 1, the Centre opened up vaccination for the most vulnerable groups: people above the age of 60 years, and those above 45 years with associated comorbidities. Amid the second wave, on April 1, India rolled out a new phase, making every person above the age of 45 years eligible for a shot.

On May 1, India expanded its vaccination coverage to include everyone aged 18 years and above; but the 18-44 age group could get vaccinated from only 50 per cent of the doses available in the open market and procured by state governments and private hospitals. On June 21, India returned to centralised procurement of vaccines, after several states faced difficulties in procuring and managing funding of vaccines.

According to the official data, 17.23 crore beneficiaries in the 18-44 years group have received their first dose, and 1.12 crore have got their second dose. Significantly, for the 18-44 years age group, which constitutes the largest cohort, five states have administered more than 1 crore doses: Uttar Pradesh, Maharashtra, Gujarat, Rajasthan and Madhya Pradesh.

On Friday, the Health Ministry said that 43,29,673 vaccine doses were given till 7 pm. “As many as 32,10,613 beneficiaries were vaccinated for 1st dose and 11,19,060 beneficiaries received 2nd dose of vaccine as per the provisional report till 7 pm. Final reports would be completed for the day by late tonight,” the ministry said.