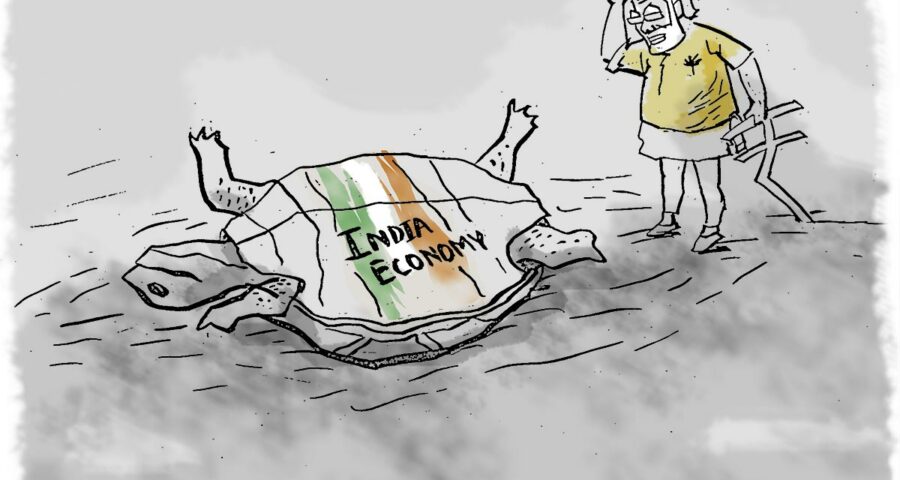 In its update to the April World Economic Outlook, the IMF said that though a global recession in 2022 was ruled out with a growth estimate of 3.2 per cent, the balance of risks was squarely to the downside, driven by a wide range of factors that could adversely affect the global economic performance.

“The risk of recession is particularly prominent in 2023, when in several economies growth is expected to bottom out, household savings accumulated during the pandemic will have declined, and even small shocks could cause economies to stall.

“For example, according to the latest forecasts, the United States will have real GDP growth of only 0.6 per cent in the fourth quarter of 2023 on a year-over-year basis, which will make it increasingly challenging to avoid a recession,” it said.

Pierre-Olivier Gourinchas, chief economist of the IMF, said that in a plausible alternative scenario where risks materialise and inflation rises further, global growth could decline to about 2.6 per cent in 2022.

“The risks to the outlook are overwhelmingly tilted to the downside.

“The war in Ukraine could lead to a sudden stop of European gas imports from Russia; inflation could be harder to bring down than anticipated either if labour markets are tighter than expected or inflation expectations unanchor; tighter global financial conditions could induce debt distress in emerging market and developing economies; renewed Covid-19 outbreaks and lockdowns as well as a further escalation of the property sector crisis might further suppress Chinese growth; and geopolitical fragmentation could impede global trade and cooperation,” he added.

The downward revision of India’s growth forecast by the IMF came days after the Asian Development Bank pared down its growth projection for India to 7.2 per cent for FY23, from 7.5 per cent, citing higher-than-anticipated inflation since April and subsequent monetary tightening by the Reserve Bank of India (RBI).

India’s inflation remained above the RBI’s upper tolerance limit for a sixth straight month in June.

On June 8, the six-member Monetary Policy Committee (MPC) of the RBI raised the repo rate by 50 basis points following an off-cycle rate hike of 40 basis points in May, making it a 90 bps rate hike in just over a month.

Analysts expect another rate hike in the MPC meeting on August 5.

The IMF said that in China, further lockdowns and the deepening real estate crisis had led the growth forecast to be revised down by 1.1 percentage points to 3.3 per cent for 2022, with major global spillovers.

“Downgrades for China and the United States, as well as for India, are driving the downward revisions to global growth during 2022–23, which reflect the materialization of downside risks highlighted in the April 2022 World Economic Outlook,” it added.

The multilateral lender said global trade growth in 2022 and 2023 would likely slow to 4.1 per cent in 2022 from 10.1 per cent in 2021, reflecting the decline in global demand and supply chain problems.

“The dollar’s appreciation in 2022 — by about 5 per cent in nominal effective terms as of June compared with December 2021 –– is also likely to have slowed world trade growth, considering the dollar’s dominant role in trade invoicing as well as negative financial balance sheet effects on demand and imports in countries with dollar-denominated liabilities,” it added.

On policy priorities for economies, the IMF said that at this juncture, focus should be to bring inflation under control, as price stability was a precondition for durable growth in economic well-being and financial stability.

“In the near term, such policies reduce inflation at the cost of lower real activity, higher unemployment, and lower wages,” it added.