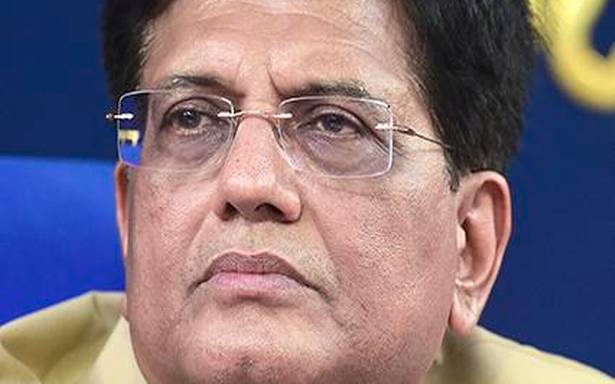 The government has asked Hyundai Motors to be more forceful in its unequivocal apology, Union Minister Piyush Goyal said on February 8 on the South Korean firm’s Pakistan partner tweet on Kashmir.

Hyundai had issued a clarification after it faced calls for a boycott of its cars, but there have been demands for the company to apologise unequivocally over its Pakistan partner expressing solidarity with the cause of separate Kashmir.

And when the issue was raised in the Rajya Sabha, the Commerce and Industry Minister said the government has conveyed to the company the need for them to be more forceful in their apology.

“This issue has been taken up both with the government there and the company concerned,” Mr. Goyal said. “They [Hyundai] have already issued a clarification yesterday. We have also asked them to be more forceful in their unequivocal apology on this issue.” Earlier raising the issue, Priyanka Chaturvedi of Shiv Sena said certain companies have been offering support and “posting content on Kashmir solidarity day observed by Pakistan”.

“The content they have posted on their platforms calls for freedom for Kashmir,” she said without naming Hyundai.

The companies, she said, do business both in India and Pakistan and “yet have posted content in solidarity with Pakistan over Kashmir”.

“Such posts that are challenging the sovereignty of our country should not be acceptable. It has been surprising that it has been ignored till now. And also keeping in mind that these companies have been flourishing in India for the past many years yet choosing to take stances that are contentious is unacceptable.”

“Companies must respect the rules and laws of the nation they operate in and should refrain from engaging in political and contentious causes,” she said, demanding that the government ensures apology by the firms for the “seditious posts and ensure companies that operate here do not challenge the sovereignty of the country”.

A row erupted on Sunday, a day after Pakistan marked the annual Kashmir Solidarity Day, when posts on behalf of Hyundai’s partner Nishat Group appeared on Twitter, Facebook and Instagram.

Responding to the furore, Hyundai’s India unit said it has a “zero-tolerance policy towards insensitive communication and we strongly condemn any such view”.

“The unsolicited social media post linking Hyundai Motor India is offending our unparalleled commitment and service to this great country,” it said, adding that it stands firmly behind its “strong ethos of respecting nationalism”.