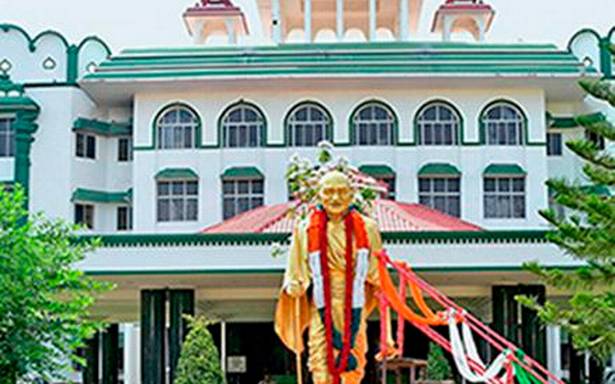 Observations of the High Court encompassed a range of important issues

2021 turned out to be yet another extraordinary year for the Indian judiciary. The courts in India, which started the year by conducting hearings only through video conferencing in view of the second wave of COVID-19 pandemic, slowly resumed the hybrid mode of functioning.

The courts conducted hearings by combining both online and physical mode. The Madurai Bench of the Madras High Court for most part of 2021 heard cases in hybrid mode.

The court will now resume hearings only in physical mode from January 3, 2022, when it reopens.

Right to be funny

Some of the significant observations made by the court comprised suggestions on inclusion of ‘Right to be funny’ and ‘Duty to laugh’ in the Indian Constitution.

It gave importance to mental health and environmental issues and stressed the need to establish Central institutions such as NIMHANS ( National Institute of Mental Health and Neurosciences) in Bengaluru in each zone in the country.

It was the duty of the State to address the special needs of ‘mentally ill’ remand prisoners, the court said.

Taking note of the fact that influential people were involved in a series of elephant poaching incidents reported in the State, the court ordered a CBI inquiry. It observed that poaching was done not for livelihood, but for international trade and sadistic pleasure in creating art in other living beings.

The court also observed that Tamil was the language of the Gods while directing that consecration proceedings should also be conducted in Tamil in temples. It said Tamil Thai Vazhthu was a prayer song and not an anthem. There was no executive order requiring attendees to stand up.

Following the observation, the government passed an order stating that it was the State song and people should stand up while it was being sung.

The court directed the National Human Rights Commission to submit a report on Thoothukudi police firing incident that took place during the anti-Sterlite protests in 2018.

It observed that the Centre should respond in English when the States send a communication to the Centre in English. It also ordered a CBI probe into the 2019 TNPSC Group IV examination scam.

Quashing the FIR against film director Pa. Ranjith, it said the voice of the oppressed though expressed in the form of criticism was not meant to be oppressed and criminalised, but to be listened to, discussed, addressed and remedied.

The court ordered the restoration of a Hindu woman’s community certificate that was cancelled as she had married a Christian man.

The court observed that a safe workplace was a woman’s legal right. It directed the Bar Council of Tamil Nadu and Puducherry to enroll an advocate who took part in anti-Sterlite protests.

The Right to Maternity Protection could not be infringed at all, the court observed while ordering the authorities to reinstate a woman anganwadi worker. It stressed the importance of libraries and reading habits.

While quashing the FIR against YouTuber Maridhas, the court observed that a YouTuber was also entitled to freedom of speech and expression like journalists.