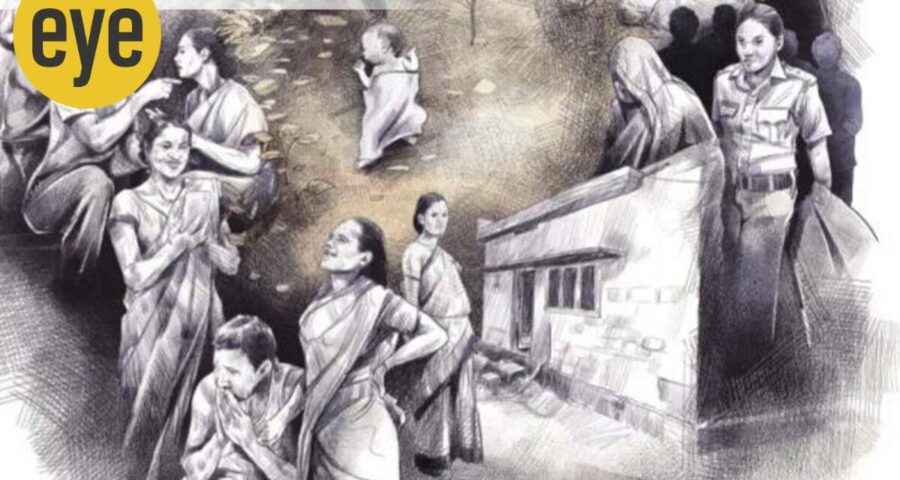 A mystery lover, an abandoned baby and a web of lies — unravelling a bewildering case in Kalluvathukkal village.

Like any other day, Sudarshanan Pillai, 55, had just returned home after a visit to the local temple on the morning of January 5 and was savouring a cup of tea in his modest home in the village of Kalluvathukkal in Kerala’s Kollam district, when his younger daughter, Reshma, 22, barged in, holding a newborn in her arms. She had spotted the infant in a heap of dry leaves beside the house, she told her father and her husband Vishnu. “He was alive and the umbilical cord was intact. He seemed like a healthy baby,” recalls Pillai.

As the news of the discovery of the newborn spread like wildfire, people poured in from the neighbourhood to get a glimpse. Within the next half hour, an ambulance rushed in, ferrying the infant away, first to the Government Medical College Hospital in nearby Parippally and later, to a private hospital in Thiruvananthapuram. At Pillai’s home meanwhile, units of the police, health and dog squad fanned out in a feverish hunt to identify the person who abandoned the baby. They were joined by curious local reporters eager to escape a slow news day anyway. By evening however, the grim news arrived: the newborn had passed away as a result of a heart ailment and infection from fragments of dry leaves lodged in its respiratory system. A case of homicide was registered.

The police spent the next few weeks tracking towers of cell-phone calls made near the area where the newborn was found and deploying ASHA workers to look for pregnant women in close neighbourhoods. CCTV footages were perused and calls were placed to local hospitals to inquire about recent institutional deliveries. But all leads hit a dead-end. As a final resort, the police obtained permission from a local magistrate to go for DNA testing of blood samples collected from suspected persons in the area, including women.

In the meantime, the Kerala Assembly elections came calling, followed by the results and the installation of the second Pinarayi Vijayan government. Officials in charge of the probe were moved as part of routine transfers. The DNA results got delayed. 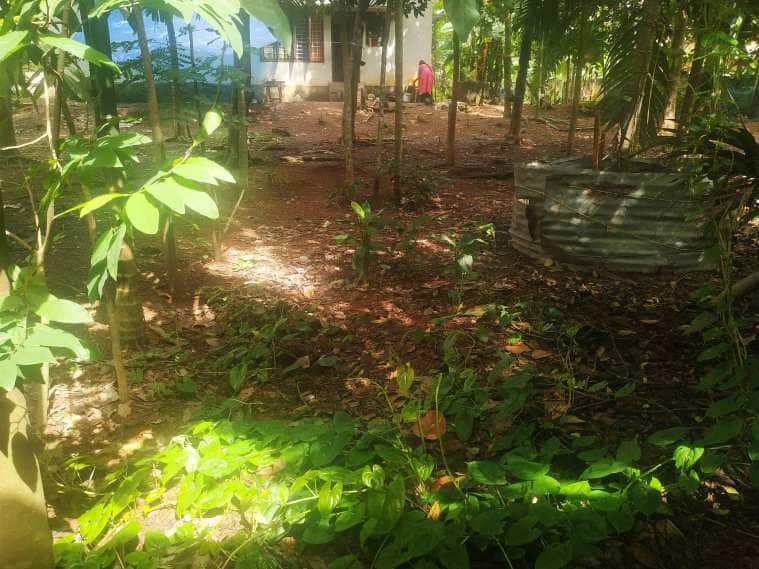 Cut to June 22 when a flurry of police officials descended on Pillai’s home and arrested Reshma on the charge of killing her newborn son. The DNA test results had proved beyond suspicion that she had conceived the child with her husband Vishnu. But the family, including Vishnu, was stunned: they weren’t even aware that Reshma was pregnant. “It was beyond our comprehension. I still cannot believe it,” says Pillai.

But as the case progressed, the police realised that keeping the pregnancy a secret had deeper, darker motivations. In custody, Reshma admitted that she had abandoned her newborn son so as to elope with a man named Anandu she had befriended on Facebook. And when the police launched a bid to unearth the identity of Anandu, they were rattled by the suicide of two young women from Vishnu’s family, just two days after her arrest.

What followed were startling revelations by the police about a deeply-intertwined case that has shone the light on the consequences of the misuse of social media platforms. In a state with high internet penetration and wide acceptance of platforms like Facebook among the restless young population, the boundaries between real and unreal often get fuzzy and things get out of hand. In this case, three lives were snuffed out.

Kalluvathukkal is a village in Kollam district that had grabbed headlines in the year 2000 for being witness to a hooch tragedy that claimed 33 lives and blinded several others. Located on national highway 66, the village is back in the news for all the wrong reasons.

The road to Pillai’s house cuts away from NH66 in Kalluvathukkal and curves past rice fields and rubber estates. Far from the maddening noise of the vehicles on the highway, there’s a certain stillness in the air here, the kind perfect for a devious crime.

Sunukumar, a local worker of the BJP, was among the first to reach Pillai’s house on Jan 5 when news about the newborn baby broke out. Subsequently, he posted a photograph of the infant on Facebook in a bid to locate the mother. “We thought someone from our neighbourhood had dumped the child. Soon, there were police, forensic teams, dog squad, reporters all milling around the place. Reshma was at the centre of that melee. She was very calm, walking all over the place and talking to everyone. There was no reason to suspect her at all,” he says. 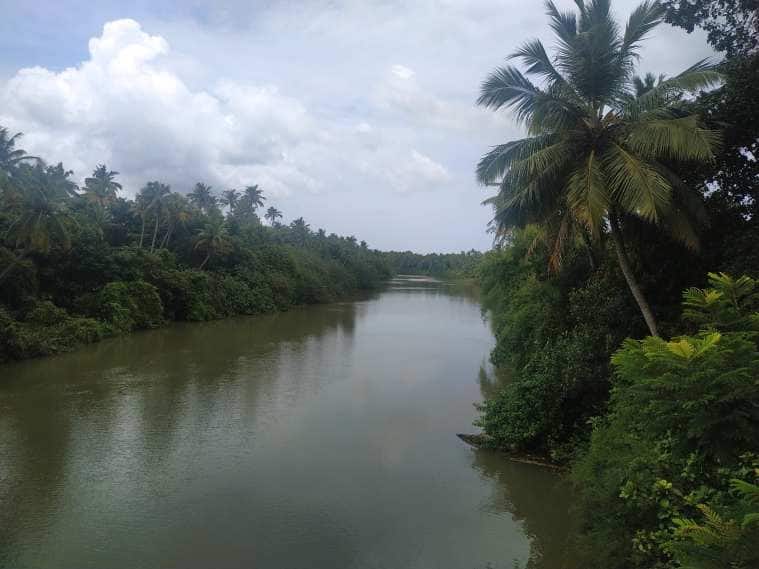 Pillai says there were absolutely no indications, physical, mental or physical, of Reshma carrying a child. “A few days before that, the whole family, except me, had gone on a tour of temples. She travelled the entire day in a car without complaining of unease even once,” he said.

A senior police officer who headed the probe, says, “During the interrogation, she revealed that she would tie a cloth belt tightly around her waist and then put a body-shaper over her stomach. This prevented her belly from protruding.” That she was a woman of slight build made the exercise all the more arduous. She had made excuses of back pain and menstrual cycles to avoid sexual relations with her husband.

But interestingly, this is not the first time Reshma hid a pregnancy from her family. When she was 18, Vishnu had come to Pillai to ask for her hand in marriage. At the time, Reshma was four months pregnant with a child she conceived with Vishnu. “She didn’t want to study any further. She wanted to live with him so I gave my consent even though I was not happy,” says Pillai. A few months after the marriage, she gave birth to a daughter, now four years old.

Vishnu was in the Gulf for work when the news of his wife’s arrest reached him. He was baffled and denied any knowledge of his wife becoming pregnant for the second time. While The Indian Express could not reach him for a comment, he told a local news channel, “I didn’t know she was pregnant. If I had known, this wouldn’t have happened. She gave me no reason to suspect such a thing at all.”

Police believe she delivered the child inside a washroom on the night of Jan 4 and deserted him in the heap of dry leaves by the side of the house. The next morning, she herself claimed to have found the baby, alerting her family and the police.

Leaving behind the child was key to envisioning a life with Anandu, the purported man Reshma grew close to on Facebook, and with whom she exchanged hundreds of text messages. She had never met him or spoken to him on the phone. Once, however, she had travelled to Varkala, a beach town 15 km away, to meet him, but someone tipped off her husband about it and she had to abort the trip.

“I remember that night very well,” recalls Pillai. “Vishnu came into the house, grabbed the phone from her hand and smashed it on the ground. He said something about her chatting on the phone with someone. I didn’t know at the time that she had gone to Varkala to meet her lover. Except for that one incident, there were no signs of disaffection between them. (But) she was always on the phone doing god-knows-what in her room.”

After Reshma’s arrest, Vishnu told a local TV channel that while she had admitted going to Varkala to meet someone called ‘Anandu’, she didn’t specify who he was. “I asked her a lot, but she didn’t say anything. For the sake of my daughter, I didn’t (persist with the fight). I got her to delete her Facebook profile.”

Once Reshma had disclosed her motivation for abandoning the child, tracking Anandu became the next goal of the police. They began to sift through the phones and sim-cards that she used in order to get clues about her lover. And one such sim-card’s address was traced to Arya, 23, the spouse of Vishnu’s elder brother Renjith.

“We figured Arya must have loaned Reshma her sim-card at some point which is fairly common. We wanted to ask her a few questions and summoned her to the station,” says the former head of the probe team.

But to the surprise of the police, not only did Arya not show up for questioning on June 24, she also went missing from her husband’s home that afternoon. Also missing the very same day was Greeshma, 22, the daughter of Vishnu’s sister. CCTV visuals showed the two of them walking on a road close to the Ithikkara river, known for its deep currents. Police found that their cell-phone signals had abruptly stopped in the area close to the river.

Fearing the worst, diving teams and rescue personnel were deployed in various reaches of the river. A day later, the bodies of Arya and Greeshma were pulled out from the river. 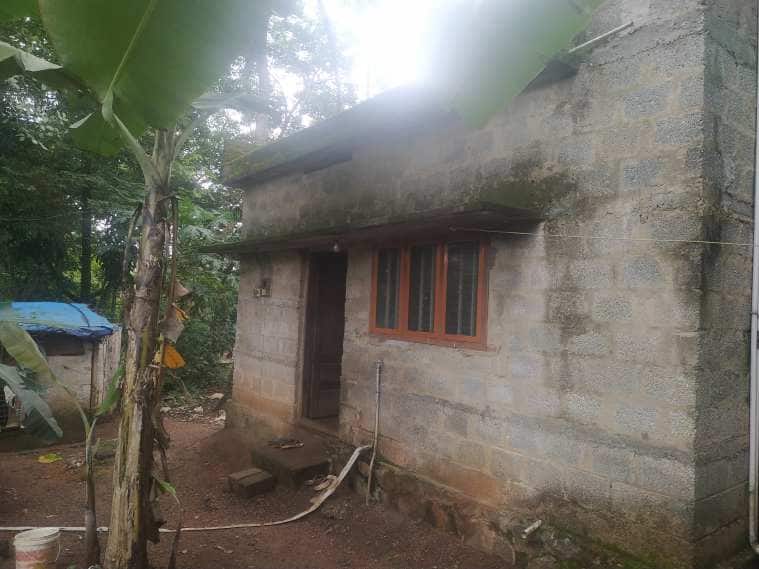 A suicide note purportedly written by Arya cemented the police’s suspicions about their involvement in the case. It read, “I’ve never wished to cheat anyone intentionally. I didn’t realise she (Reshma) was such a crook. I have only wanted to see their life getting better. Please take good care of my son. I wasn’t finished enjoying my life with Ranjith. But I cannot bear being arrested by police in a case involving the killing of an infant. Please forgive me.”

The police initially presumed that Arya and Greeshma had a hand in helping Reshma dump her child. After all, as per the accounts of the family, the three of them had close bonds.

But it was explosive testimony from Greeshma’s friend that unlocked the mystery of Reshma’s virtual love interest and why the two young women would choose to end their lives.

“We have a sworn statement from him that Greeshma and Arya had pretended to be Anandu using a fake ID just to prank Reshma. For a long time, they managed to entice her in this make-believe virtual affair. But they didn’t know that she was pregnant or that she was ready to abandon her child to elope with her lover. They didn’t have the slightest idea that things would go downhill,” says the senior officer.

“In fact, they were also behind the plan to get Reshma to go to Varkala to meet Anandu. They posted someone in Varkala to check if she really came. On the other hand, they tipped off her husband, too.”

The testimony from Greeshma’s friend was backed by Arya’s mother-in-law. A day after Reshma was arrested, a tense Arya had indicated to her mother-in-law that she had made a huge mistake, the officer said.

In Kalluvathukkal, both families are unable to grapple with the idea that a social-media prank could have such disastrous consequences. Even as they thought they knew their loved ones closely, it seemed there was so much they were not privy to.

“Oru vakku paranja mathi aayirunnu. Njangal nokkiyene (Reshma could have said a word. And we would have raised the boy),” says Pillai, who always wanted a grandson.

Renjith, Arya’s husband, strikes a similar note of defeat. “Everything is over, isn’t it? There’s no point talking about anything now.”

Al-Jabar, the circle inspector at Parippally police station, said, “A case under Section 302 of the IPC (murder) has been registered against Reshma. She is the only accused.”