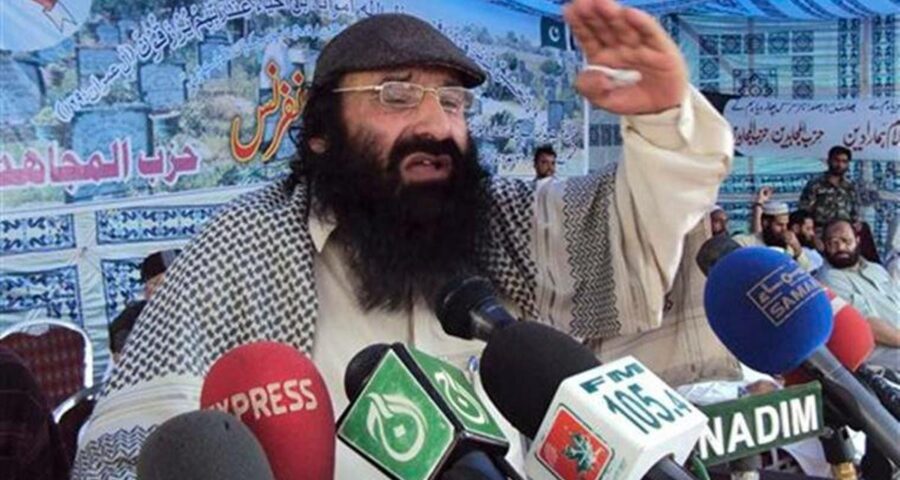 The sources claimed he was providing information to terrorists on the movement of security forces, and had been abetting and harbouring terrorists to “carry out activities in a clandestine manner”. The J&K administration said Saturday it had dismissed 11 government employees, including two sons of Hizbul Mujahideen chief Syed Salahuddin and two police constables, for their alleged terror links and support to terrorism.

Official sources said a designated committee for scrutinising and recommending cases under Article 311 (2) (c) of the Constitution of India — it states “where the President or the Governor, as the case may be, is satisfied that in the interest of the security of the State, it is not expedient to hold such inquiry” — in its second and fourth meeting, recommended three and eight cases respectively for their dismissal from government service.

Of the 11 employees dismissed, four are from Anantnag, three from Budgam, one each from Baramulla, Srinagar, Pulwama and Kupwara.

Four were working in the Education Department, two in J&K Police and one each in the departments of Agriculture, Skill Development, Power, SKIMS and Health, sources said.

Of the three employees recommended for dismissal in the second meeting of the committee, one was an ITI orderly in Kupwara who, sources said, was an overground worker of terror outfit Lashkar-e-Taiba.

The sources claimed he was providing information to terrorists on the movement of security forces, and had been abetting and harbouring terrorists to “carry out activities in a clandestine manner”.

The eight government employees recommended for dismissal in the fourth meeting of the committee included two police constables who, official sources claimed, “provided inside information to terrorists and logistic support”.

One of the constables, sources claimed, “himself executed attacks on security forces”.

The NIA, sources said, had tracked terror funding trails of both persons and they were “involved in raising, receiving, collecting and transferring funds through hawala transactions” for terror activities of the Hizbul Mujahideen.

An inspector of the Power department, sources said, was allegedly involved in smuggling and transporting arms for the Hizbul Mujahideen. He was found travelling with two terrorists on the Srinagar-Jammu National Highway, carrying arms, ammunition and explosives in January last year, sources said.