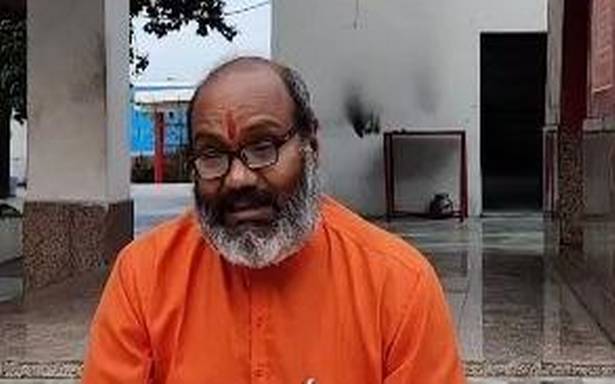 According to Akhil Bharat Hindu Mahasabha, two men were arrested after they were found moving suspiciously inside the Dasna Devi temple premises

Surgical blades were found during the search of their belongings, the priest said.

Confirming the arrests, a police officer said a case has been registered and probe underway.

Last month, the Delhi Police had claimed to have arrested a man who was allegedly contracted for killing Saraswati.

Senior police officials said John Mohammad Dar, a resident of Pulwama district in Jammu and Kashmir, was apprehended from a hotel in Paharganj in the national capital along with a pistol and two magazines as well as with saffron clothes, allegedly for using it as a cover to gain entry into the temple situated in Ghaziabad.