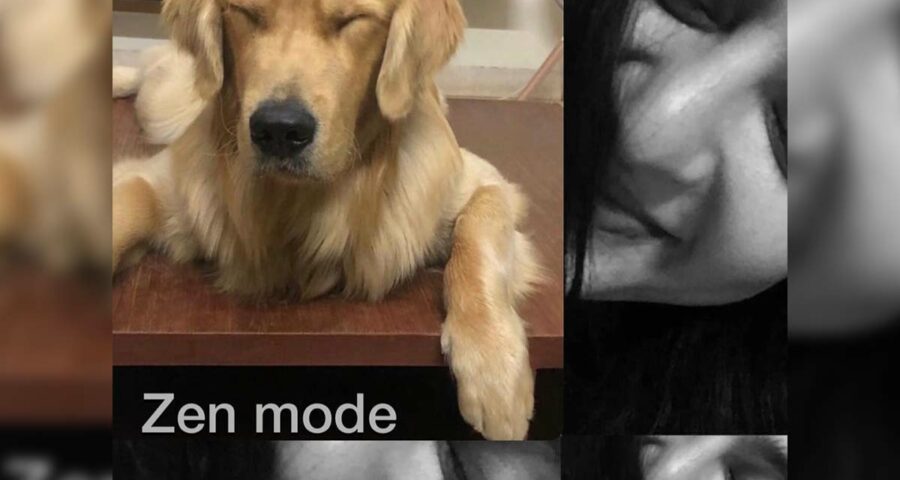 The shoot of the movies have been halted due to the second wave of the Coronavirus and lockdown, so  the actors and actresses are staying at their homes and spending the time with their family members. Celebrities like Pooja Hegde, National award winning actress Keerthy Suresh, Kajal Aggarwal and Malavika Mohanan are taking up yoga, cooking and knitting. Yesterday, Anushka Shetty who is known for acting in Arundhati, Baahubali series, Rushramdevi and Bhaagamathie, shared a picture with her pet dog. Baahubali girl also revealed how the two are trying to help each other stay calm and positive in this tough time.

The beautiful actress Anushka Shetty took to her instagram to share a photograph  of her furry friend in Zen mode. She seems to be trying to follow in his dog footsteps to find calm and peace.

On the work front, Anushka Shetty was last seen in silent thriller drama Nishabdham, which was released in October last year on OTT platform.  The film had R Madhavan in the lead role. Apart from them, the movie also  stars Anjali, Michael Madsen, Subbaraju, Shalini Pandey, and Srinivas Avasarala in the crucial roles.

Soon she will be working  with Jathi Ratnalu fame Naveen Polishetty in an upcoming film which will be directed by Mahesh P of Ra Ra Krishnayya fame and bankrolled by UV Creations.