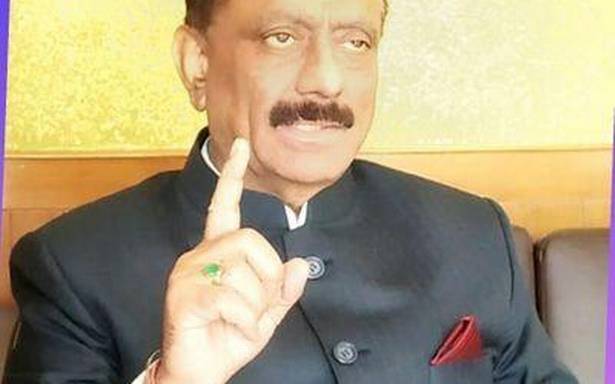 The Congress retained the Fatehpur and Arki Assembly seats while it wrested Jubbal-Kotkhai from the BJP.

Invigorated by the victory in the bypolls to all three Assembly segments and the Mandi Lok Sabha seat, the Opposition Congress on Tuesday demanded Himachal Pradesh Chief Minister Jai Ram Thakur’s resignation while the BJP said it will introspect the causes of its defeat.

The Congress retained the Fatehpur and Arki Assembly seats while it wrested Jubbal-Kotkhai from the BJP.

He described the bypolls as “semifinal” and exuded confidence that the Congress would win the Assembly elections scheduled for December next year.

In a tweet, the in-charge of Congress’ Himachal Pradesh affairs Sanjay Dutt said, “This is a vote for change, against the anti-people policies of the BJP’s Union and Himachal Pradesh governments. It is a mandate expressing people’s solidarity with the pro-people stance of our leaders Soniaji and Rahul Gandhi ji.” On the other hand, CM Thakur alleged that some BJP workers operated against the party candidates. “Action will be taken against them,” he said.

“The BJP will introspect the causes which led to its defeat, will formulate a strategy to overcome its shortcomings and do everything possible to ensure victory in the 2022 assembly elections,” Mr. Thakur said.

The CM said that he accepted the people’s mandate and congratulated the victorious Congress candidates.