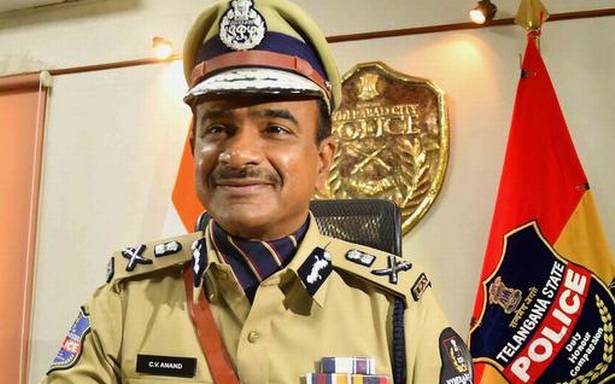 Now is the time to focus on the increased caseload of cybercrimes and shady deals on the DarkNet, Hyderabad’s new Commissioner of Police C.V. Anand said on Saturday.

Listing his top priorities, Mr. Anand stressed the need to maintain communal harmony as the city is known for it’s Ganga-Jamunai tehzeeb, apart from women safety, extensive use of technology in day-to-day policing and traffic.

“Peace leads to development. Law and order will be one of my top priorities and special focus will be on further strengthen women safety,” Mr. Anand said.

Having worked for over 11 years in metropolitan urban policing as DCP East and Central Zones of Hyderabad, Commissioner of Police, Vijayawada, Additional CP (Traffic) Hyderabad and CP Cyberabad, “I have a comprehensive understanding about this place which will help me in carrying out my duties in the new assignment,” he said.

Expressing concern over the usage of drugs, the Commissioner said special drives to curb the drug menace will continue.

Further, he said that one aspect of police which touches every citizen is traffic, and they will be very stern about it.

As DCP Central zone, he established the ‘Lake Police’ in 2002 to bring better policing in and around Hussainsagar lake and to date they have saved thousands of lives of those trying to commit suicide. When he was Addl. CP (Traffic), Mr. Anand brought in several innovations and introduced new technologies for better traffic management. The current ‘Drunk Driving Enforcement’ was started by him and the SOPs related to its enforcement and jail sentences was set by him.

He introduced free lefts, reversible traffic lanes, closing of the gaps in medians to streamline traffic flows, and one-ways were some traffic engineering methods, apart from the e-challan system, which is now being implemented across the State.