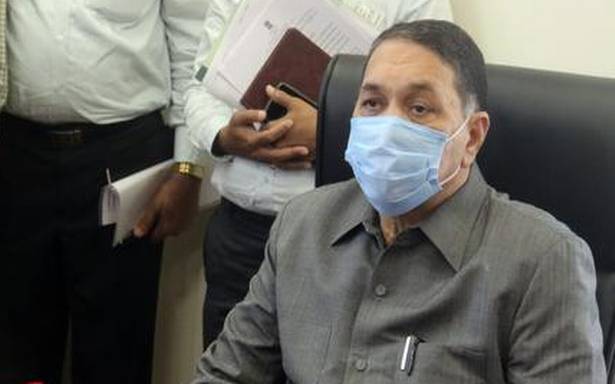 Probe will tell if wrong excuses have been given and permissions secured, says State Home Minister

Maharashtra Home Minister Dilip Walse-Patil on Tuesday ordered a high-level inquiry into the alleged phone tapping of the State’s MPs and MLAs in 2016-17 under wrong pretexts.

State Congress president and MLA Nana Patole raised the issue in the State Assembly, claiming his name was on the list of persons whose phones were tapped, and that he was renamed as one Amjad Khan said to be a part of drug cartel. “Who allowed this? Who was the mastermind? Forget me, even the staff members of some BJP (Bharatiya Janata Party) leaders were under similar surveillance. This government must probe people the behind this [alleged phone tapping] and bring them to justice,” he said.

Several MLAs raised the issue of increasing interference from Central agencies in the State and attempts to pressurise “non-BJP leaders”.

Mr. Walse-Patil said that he had called for a meeting of senior officials on Wednesday. “Permission for phone tapping is giving under special conditions. If wrong excuses have been given and permissions have been secured, then that will be out in the probe to be conducted,” he said.

Earlier, Shiv Sena MLA Bhaskar Jadhav alleged that he had been threatened on social media as he was the Assembly Speaker when 12 BJP MLAs were suspended for misbehaving and abusing him.

The Opposition BJP boycotted the proceedings, claiming the tripartite Maharashtra Vikas Aghadi (MVA) government was muzzling their voices. “We will conduct our own mock ‘Assembly’ outside and speak,” said Leader of the Opposition in the State Assembly Devendra Fadnavis.

The BJP brought a mic and speaker to the campus of legislative building. After MLAs from ruling parties raised objections to this, Deputy Speaker Narhari Zirwal directed security to confiscate the equipment, following which the BJP held the mock ‘Assembly’ at the media stand.

Later, speaking to reporters, Chief Minister Uddhav Thackeray said that he was “surprised to learn of the BJP’s hooliganism” at a time when the government was proposing resolutions in favour of Other Backward Classes and the Maratha community. “What happened in the State Assembly on Monday was unfortunate and unworthy of Maharashtra’s legacy,” he said.