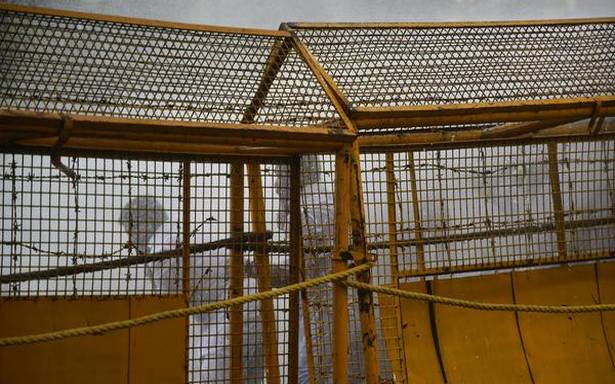 The venue of the event was a government college in Jhajjar.

The Haryana Police on Friday used a water cannon to disperse a group of farmers who tried to force their way in Jhajjar where Deputy Chief Minister Dushyant Chautala was to attend a programme.

The venue of the event was a government college in Jhajjar. Police said the protesters gathered near the venue with some of them jumping over the barricades to force their way inside.

Jhajjar’s senior police officials and the Deputy Commissioner reached the spot to oversee law and order.

Later in the day, Mr. Chautala is also scheduled to attend another event in Jhajjar.

A group of farmers on Thursday jumped over police barricades in a bid to march towards the venue of a BJP meeting in Karnal’s Indri, police said earlier.

Among those present at the meeting were Indri MLA Ram Kumar Kashyap and senior state BJP leader Pawan Saini.

Farmers, who are protesting against the three central farm laws, have been opposing public functions of the BJP-JJP combine in Haryana.