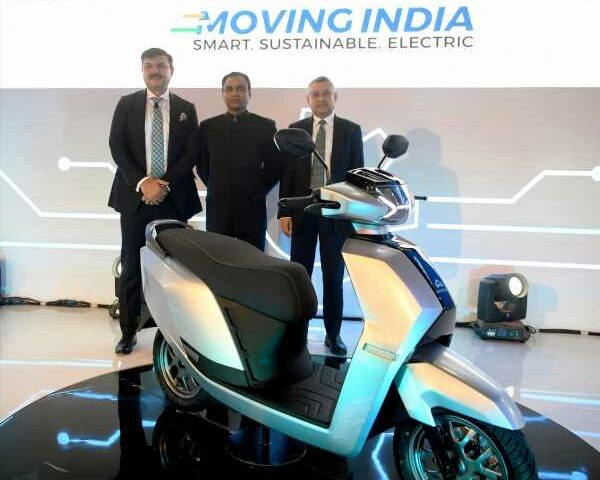 The Primus has a high torque of 4 KWH, a range of over 100 km in one charge and a top speed of 77 kilometres an hour. Its price will be announced after the bookings are made. Greaves Mobility is taking on incumbent players in the premium over Rs 1 lakh electric scooter segment by offering its new high-speed Primus scooter for which bookings started on Wednesday.

Greaves, which owns the Ampere brand, is challenging Ola, Ather and incumbent players such as Bajaj Auto and Hero MotoCorp.

The Primus has a high torque of 4 KWH, a range of over 100 km in one charge and a top speed of 77 kilometres an hour. Its price will be announced after the bookings are made.

It is also launching a second electric scooter, the Ampere NXG, in the next few quarters which will be positioned at a premium over Primus and will be aimed at customers focused on style and connectivity.

To make electric scooters more affordable, Greaves is looking at a subscription model for electric batteries which could substantially reduce the cost of ownership.

It has earmarked Rs 1500 crore for investing in building an electric ecosystem after already expanding its capacity to 0.5 million which is enough for a few years.

The company has been conspicuous by its absence in the over Rs 1 lakh electric scooter category.

Instead, it has concentrated on what it considers the ‘sweet spot’ with volumes in the Rs 80,000 to below Rs 1 lakh market.

Explaining the strategy tweaking, Nagesh Basavanhalli, executive vice chairman of Greaves Cotton, said that while its focus on the less than Rs 1 lakh market (two-thirds of the total market) will remain, it has its sights on the other third.

“We now also want to serve the needs of the remaining one third of consumers who are ready to pay a bit more but want style, better performance, better connectivity and more speed, like the millennials and gen next version,” he said. The focus on the premium segments comes at a time when Ola, Ather and others are planning to enter the below Rs 1 lakh market which is currently dominated by Honda’s Activa in the ICE scooter segment.

Ola Electric has announced the launch of a new model in April at a price tag of Rs 83,999. It expects large volumes to take on Ampere scooters.

Like many other serious electric scooter players, Greaves plans to increase the in-house manufacturing of key components through its group companies as a way to pare down costs and control quality.

“Through our group companies, in stages, we will assemble battery packs and manufacture power trains and motors which we currently outsource. We expect 50-60 per cent of the components to be manufactured or assembled in-house,” said Basavanhalli.

He also hopes the FAME 2 subsidy will continue so that volumes are ramped up quickly in electric scooters.

“The market penetration today is 4-5 per cent for electric scooters. We believe the subsidy should continue till penetration reaches 8-10 per cent which is the inflexion point,” he said.

If, perchance, the FAME 2 subsidy is not extended after it is exhausted by around July-August, Basavanhalli says the plan is to improve internal efficiency, build scale to reduce costs, build more components in-house and, increase prices to meet the difference.