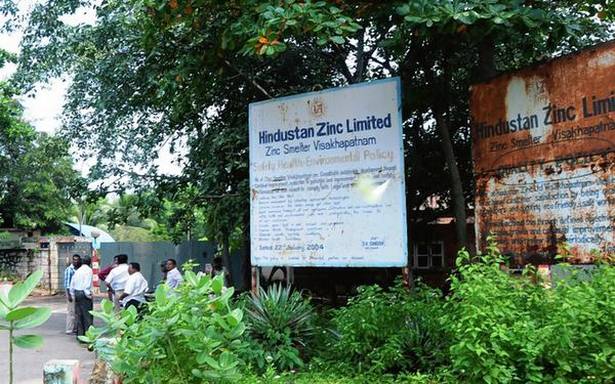 The government is eyeing a sale of its residual stakes in erstwhile public sector firms like Paradeep Phosphates, Hindustan Zinc and Balco, which were privatised during the Atal Behari Vajpayee regime, a top finance ministry official said.

“We intend to exit from Paradeep Phosphates, a disinvestment done way back in 2002,” Department of Investment and Public Asset Management Secretary Tuhin Kanta Pandey said on Wednesday. “We are retaining some stake that we will completely exit this year. We also have the intention to exit some of the other entities, subject to court rulings as there are some court stays out there,” he added.

The government still owns 49% stake in aluminium producer Balco and 29.5% in Hindustan Zinc, with the latter’s sale held up since 2016 following a Supreme Court stay. With both the firms staying highly profitable after the transfer of management control to a private player, these stakes could yield a significant bonanza for the exchequer.

“There is a very big privatisation agenda. Apart from the NCLT (insolvency process), there will be a lot of assets on offer from the public sector. COVID-19 had an impact… it is much more difficult to do a strategic sale as the due diligence process is extremely rigorous and there were controls on travel,” Mr. Pandey told industrialists at a CII national conclave, asserting that disinvestment was now ‘back on track’.

Expressions of interest were expected to be invited soon for the sale of Container Corporation of India (Concor), once the government framed a land lease policy for the firm’s holdings, Mr. Pandey said. The IDBI Bank sale process had also begun.

“We intend to complete the privatisation of Air India, BPCL, Shipping Corporation of India, BEML, Pawan Hans and Nilanchal Ispat Nigam Limited. These are the transactions where we have got sufficient interest from bidders and are now completing the second stage of the due diligence and financial bidding,” he informed.

“If we are able to complete some of the privatisations that we have already taken up, that will give us a lot of learning as there has been a long gap of 17 years where strategic sales have not happened,” Mr. Pandey said.

On asset monetisation, the Secretary said GAIL was likely to come up with an offering soon through the Infrastructure Investment Trust (InvIT) structure, though there were still some pending structural issues that needed to be smoothened as per the learnings of the maiden InvIT of this kind from PowerGrid Corporation. More airports were also going to be offered as public-private partnership ventures, he added.