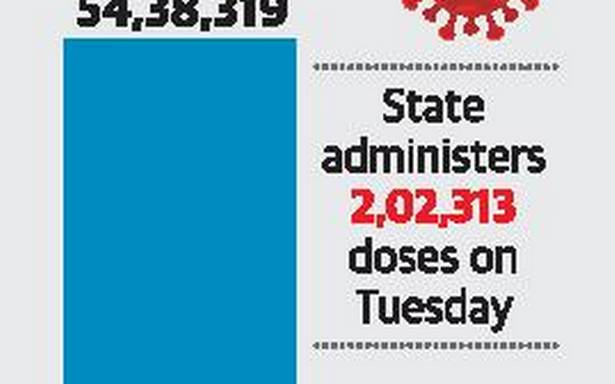 House-to-house testing in all panchayats with high TPR

Kerala has decided to rely on augmented mass testing for COVID-19 to track and isolate infectious persons in the community to put a break on the intense pace of disease transmission in the second wave of COVID in the State.

A high-level meeting convened by Chief Secretary V.P. Joy on Tuesday decided to intensify testing at the panchayat-level and to test everyone in those panchayats, where the test positivity rate (TPR) has been high. In all panchayats, where the TPR is more than double that of the district’s average TPR, house-to house every resident would be subjected to COVID testing.

The success of the first round of augmented mass testing in the community, which picked up close to 75,000 positive persons in the community out of over three lakh samples, in a space of three days, seems to have convinced the State that mass testing was the way forward to bring down transmission rate.

The second round of augmented testing, with a target of collecting three lakhs samples, will be done over Wednesday and Thursday.

The strategy now is to continue mass testing rigorously across districts in the hoped that the State’s current TPR of over 17% can be brought down to 3 %.

The government has also decided to conduct SARS CoV2 genomic studies to understand the virus transmission dynamics in the State.