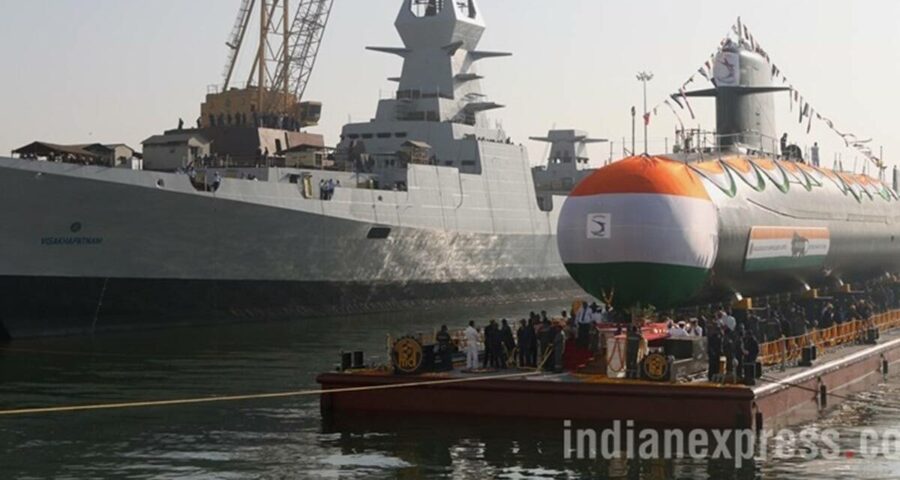 Project 75 India or P75I will be the first under the strategic partnership model, promulgated in 2017 to boost indigenous defence manufacturing. The first submarine built under the project is likely to be delivered by 2030. The Defence Acquisition Council (DAC) gave the Indian Navy the go-ahead Friday to select an Indian strategic partner company which, in collaboration with a foreign Original Equipment Manufacturer (OEM), will build six conventional attack submarines in the country.

Project 75 India or P75I will be the first under the strategic partnership model, promulgated in 2017 to boost indigenous defence manufacturing. The first submarine built under the project is likely to be delivered by 2030.

Two Indian companies shortlisted as strategic partners, Mazagon Dock Shipbuilders Limited (MDL) and Larsen & Toubro, will have to respond, in partnership with one of the five OEMs, to the Request for Proposal (RFP).

The five OEMs are Rosoboronexport (ROE) of Russia, ThyssenKrupp of Germany, Naval Group of France, Navantia of Spain and Daewoo Shipbuilding & Marine Engineering of South Korea. These companies were shortlisted by an empowered committee last year.

The project had been approved in 2007, but remained on the backburner until 2019 when, in February that year, the government approved the Acceptance of Necessity.

In a statement, the Ministry of Defence said the DAC, at a meeting chaired by Defence Minister Rajnath Singh, “approved issue of RFP for construction of six Conventional Submarines under Project P 75 (I) under the Strategic Partnership (SP) Model”.

“This project envisages indigenous construction of six conventional submarines equipped with the state-of-the-art Air Independent Propulsion system at an estimated cost of Rs 43,000 crore. This is a landmark approval, being the first case processed under the Strategic Partnership model. This would be one of the largest ‘Make in India’ projects and will serve to facilitate faster and more significant absorption of technology and create a tiered industrial ecosystem for submarine construction in India. From a strategic perspective, this will help reduce current dependence on imports and gradually ensure greater self-reliance and dependability of supplies from indigenous sources,” it said.

Sources in the defence establishment said the RFP is likely to be floated in a month. Each strategic partner can choose only one OEM. Once the responses are received, there will be technical evaluation, and then a commercial bid.

The DAC nod for six conventional submarines came on the day INS Chakra, leased from Russia and one of India’s two nuclear submarines, was spotted off Singapore, reportedly on its way back to Russia — the 10-year lease term is ending soon.

India has only one nuclear submarine, INS Arihant, at the moment. The INS Arighat, also a nuclear-powered ballistic missile submarine, is to be commissioned soon.

P75I succeeds the P75 under which six diesel-electric attack submarines of the Kalvari class, based on the Scorpene class, were being built at MDL – the third submarine, INS Karanj, was commissioned in March this year.

Of the total 24 submarines to be built in India, six will be nuclear-powered.
The DAC, the Ministry statement said, also approved procurement of air defence guns for the Army at around Rs 6000 crore. It said there was a “long pending need of the Indian Army for modernisation of its Air Defence guns” procured from foreign sources earlier. The DAC has given approval under the Buy & Make (Indian) category.