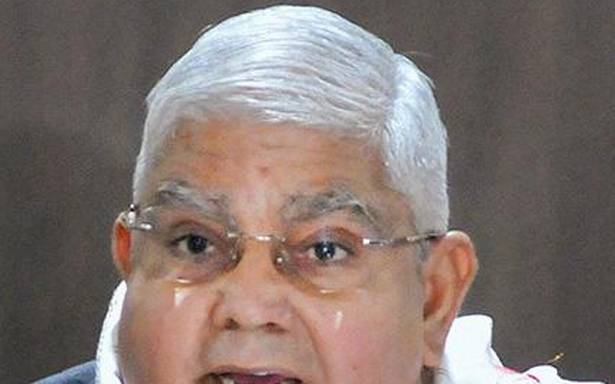 West Bengal Chief Minister Mamata Banerjee on Wednesday wrote to Governor Jagdeep Dhankhar, describing his scheduled visit to Cooch Behar on Thursday as “unilateral proceedings”, which is “violative of long-standing norms of procedures”. She urged the Governor to desist from abrupt decisions with regard to field visits.

Mr. Dhankhar was scheduled to Visit Cooch Behar and meet those affected by post poll violence.

“I find from social media that you are unilaterally proceeding to the district of Cooch Behar on 13.05.2021 and sadly, I find that to be violative of the long-standing norms as evolved over several decades. I, therefore, would expect that you will kindly follow the well-established norms of protocol as stated above, and desist from abrupt decision with regard to field visits,” the Chief Minister wrote. She referred to the Manual of Protocols, Ceremonials, Government of West Bengal, Home Department, stating that the Governor’s visits to places was finalised by his Secretary after obtaining orders from the government.

Referring to an earlier communication with the Governor on September 26, 2020, Ms. Banerjee said she had requested and specifically advised him “to refrain from surpassing the Chief Minister and her Council of Ministers and communicating with and dictating the State official, in excess of your power under the Constitution and directing them to attend before you”. She advised him to refrain from “dictating State officials” and “seeking reports directly from them”.

“I find that you are steadily ignoring this advice, solemnly rendered by me to you, and have been communicating with and dictating the State officials. You have also been seeking reports from then directly. I urge you and again request and advice you to refrain from this. I am asking my Chief Secretary to go this norm,” the letter said.

Mr. Dhankhar had announced about his visit to Cooch Behar on social media a few days ago. On Wednesday, he added that along with Cooch Behar, which he will be visiting on April 13, he would be visiting “camps in Assam on May 14 is after his visit to affected places in Cooch Behar”.

“Governor WB Shri Jagdeep Dhankhar will be visiting Ranpagli & Srirampur camps in Assam where due to post poll retributive [email protected] some people of WB had taken refuge for safety. Governor Dhankhar will be reaching Ranpagli Assam at 9.45 am by BSF Helicopter,” he said from his official handle.

The Trinamool Congress leadership had spoken against the Governor’s proposed visit to violence affected areas, and with the Chief Minister’s letter, differences between the Raj Bhawan and the State Secretariat have come to fore.