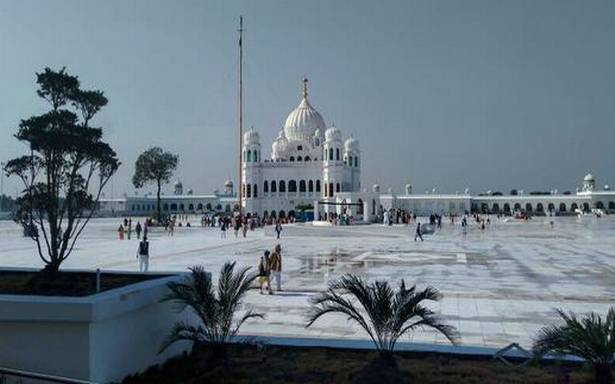 The Kartarpur corridor was closed in March 2020, just four months after it had been opened with much fanfare

The government is considering reopening the Kartarpur Sahib Gurudwara corridor to Pakistan this week to allow Sikh pilgrims to cross over, more than 20 months after it was shut down due to the Coronavirus pandemic.

According to government sources, the Ministry of External Affairs and the Ministry of Home Affairs have cleared the proposal, and are awaiting a final clearance from the Prime Minister’s office, with a view to opening the route by November 19, the birth anniversary of the Sikh founder Guru Nanak, known as Gurpurab or “Prakash Parv”.

Speculation over the likelihood of the proposal going through grew after a delegation of BJP MLAs from Punjab met with Prime Minister Narendra Modi on Sunday, followed by a meeting with Home Minister Amit Shah on Monday, requesting the reopening. Other parties in the State had also called for the Kartarpur corridor reopening, that leads to the Gurudwara just 4.7 kilometres across the border from the Indian town of Baba Dera Nanak.

Ahead of Gurpurab, Pakistan’s government had already issued around 3,000 visas to Sikh pilgrims to visit gurudwaras in Pakistan including to Guru Nanak’s birth place Nankana Sahib, and the Gurudwara at Kartarpur where he died.

Pakistani officials could not confirm whether the Indian government had already communicated its desire to reopen the corridor. The officials told The Hindu that the Kartarpur Corridor was “not closed on the Pakistani side, and groups of Indian Sikh pilgrims were already being facilitated to visit the Gurudwara through the Atari-Wagah border crossing”.

Travel from Baba Dera Nanak to Kartarpur through the regular border crossing means a circuitous route of approximately 200 kms. In contrast the Kartarpur corridor agreement allows pilgrims to travel visa free through the corridor which has been refurbished on both sides.

“Land travel between India and Pakistan is being conducted on a limited scale through the Atari-Wagah Integrated Check Post in coordination with Pakistan,” said Ministry of External Affairs spokesperson Arindam Bagchi last week when asked about the possibility of reopening the corridor. He had added that India had decided to send a group of 1,500 pilgrims across for the Gurupurab celebrations from November 17-24. It is unclear how many of them have already made arrangements, and how many would avail of the corridor if it opens in time for their travel.

The Kartarpur corridor was closed in March 2020, just four months after it had been opened with much fanfare. According to a Government reply in Parliament, nearly 45,000 pilgrims had travelled across it between November 2019, when it first opened to pilgrims, and February 2020.

The corridor is one of the rare new initiatives between India and Pakistan initiatives amidst ties that have been in a downward spiral in 2019 after the Pulwama attack, Balakot strikes and the decision to amend Article 370 on Jammu and Kashmir, which led to the recall of diplomats on both sides and cancellation of all trade relations. The project is also unique as visa-free “Human corridors” of this sort are normally used for emergency situations: refugees fleeing violence or humanitarian disasters, not for pilgrimages.

Earlier this year, many had been disappointed as the government had not accepted a proposal to reopen the corridor in August during the 3-day death anniversary rites of Guru Nanak. Mr. Bagchi said Pakistan had also denied permission for the visit of pilgrims in June this year for the ceremonies around death anniversaries of Guru Arjan Dev and the former Maharaja Ranjit Singh.