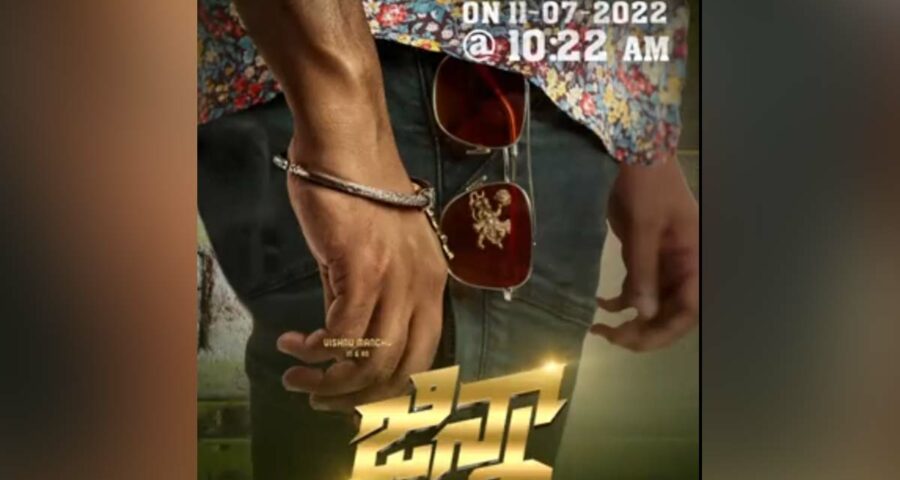 Manchu Vishnu is currently working for his upcoming film Ginna which has Sunny Leone and Payal Rajput in the lead roles.  The upcoming comedy drama is helmed by dynamic director Eeshan Suryaah.  Yesterday the makers of Ginna  released the pre-look poster, that creates curiosity among the movie lovers. The makers also confirmed that the first look poster of  Manchu Vishnu from Ginna will be out on 11th July.  Manchu Vishnu tweeted: Here goes…. #Ginna First look out on 11th July 2022 at 10:22 a.m

Ginna is written by Kona Venkat, who is known for penning the scripts of Vishnu’s earlier hits ‘Dhee’ and ‘Denikaina Reddy’. Anup Rubens is rendering the tune. Chota K Naidu  is the film’s cinematographer. Ginna will mark Sunny Leone’ comeback to Telugu after a hiatus. Interestingly, she made her Telugu debut in Vishnu’s brother and actor Manoj Manchu-starrer Current Theega  which was released in 2014 wherein she played a cameo. She was also seen shaking a leg for the special song in Dr Rajasekhar starrer PSV Garuda Vega in 2017. This film will be  Sunny Leone’ full-fledged role in Telugu.

Manchu Vishnu starrer is being produced by Ava Entertainment and 24 Frames Factory, and the movie will be released in Tamil, Telugu, Hindi and Malayalam.