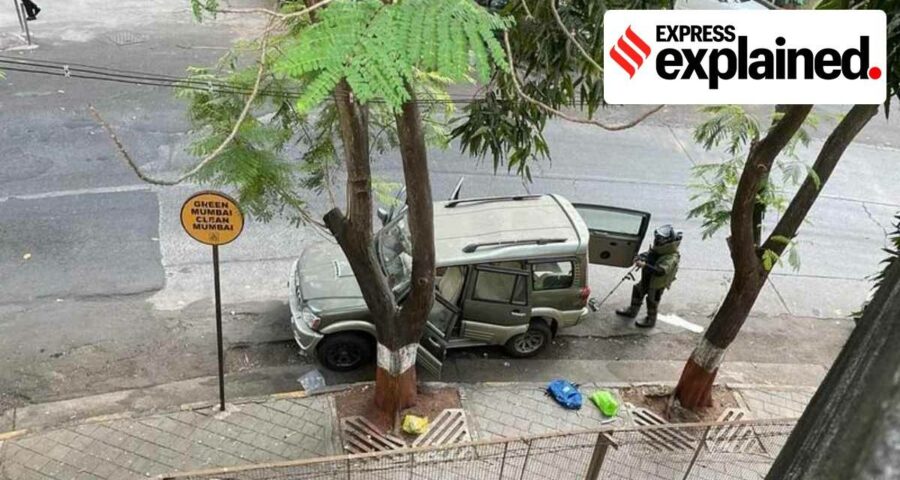 Gelatin sticks are cheap explosive materials used by industries for the purpose of mining and construction related work, like building structures, roads, rails and tunnels etc. They cannot be used without a detonator. The recovery of 20 Gelatin sticks from an abandoned vehicle parked outside Antilla, the residence of industrialist Mukesh Ambani, has sparked off a major political upheaval in Maharashtra. The Indian Express explains the importance of Gelatin, where it is used and the rules laid down for its procurement.

What are gelatin sticks?

Gelatin sticks are cheap explosive materials used by industries for the purpose of mining and construction related work, like building structures, roads, rails and tunnels etc. They cannot be used without a detonator.

Which government body regulates the use of explosive materials, including gelatin sticks?

The Petroleum and Explosives Safety Organization (PESO), formerly known as Department of Explosives, since its inception on September 5, 1898 has been a nodal agency for regulating safety of hazardous substances such as explosives, compressed gas and petroleum. These substances include Gelatin sticks.

As per PESO’s website, the body looks after the approval, grant, amendment and renewal etc. of various licenses and permits regarding manufacture, testing, authorisation, storage, transportation, use, import, and export of explosives. The PESO comes under the Ministry of Commerce and Industry, and carries out administration work of the Explosive Act 1884 and Explosives Rules 2008.

Can gelatin sticks be procured easily, and how do they get leaked to anti-social elements?

A common man cannot procure gelatin sticks as you need a prior license from the central government to manufacture, sell or buy the same. However, there are several cases where gelatin sticks have been used to execute bomb blasts.

Between 2002 and 2003, Gelatin sticks were used in attacks by a terror organisation called the Gujarat Muslim Revenge Force in Mumbai. The terrorists, in one of the cases, had sourced the explosives from a quarry on the outskirts of Hyderabad, said a former chief of Anti-Terrorism Squad in Maharashtra.

“Even if the gelatin sticks are barcoded, unlike now, they are of no use once the blast takes place. Hence, to avoid any such incident, very close monitoring of manufactures and sellers is required. Every year, before an important event like Republic Day or Ganpati festival, the local police keep tabs on all explosive materials bought in a city and ensure they are accounted for. The buyer and seller have to maintain records of the explosives, and these records need to be checked periodically without fail by government authorities,” the official said.