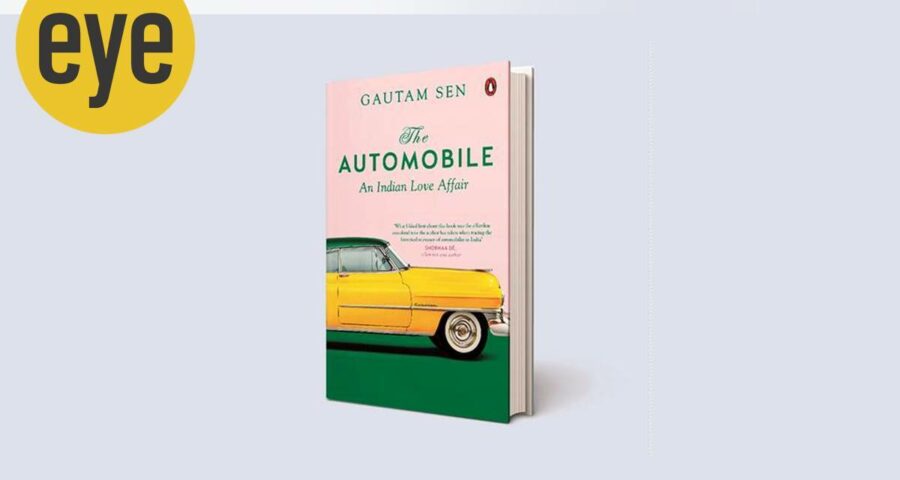 'The Automobile: An Indian Love Affair' is a comprehensive history of the automobile in India This book has been a long time coming, but the wait has been worth it. Written by one of India’s leading auto journalists, Gautam Sen, who had been the editor of several leading auto-magazines before he migrated to France, certainly knows his gear ratios, brakes and carburettors well. In this well-organised, comprehensive book, he traces the advent and history of the automobile in India, as well as the “love affair” Indians have had with them since the very beginning, when the automobile was an expensive novelty that only the maharajas and the very wealthy could afford.

In an exercise that must have left him cross-eyed, Sen traces the history of some remarkable cars that were imported to India, including many “bespoke” models. Indian royalty was smitten by marques such as Rolls-Royce and were fiercely competitive as to who could order the most extravagant, not to say outrageous, coachwork (like the famous “Swan” cars which frightened everyone off the streets of Calcutta when it was introduced in 1910!) or who could own the maximum number. It must have been an onerous exercise to track down the history of some of the cars that these maharajas owned, which, after Independence, were collected by rich industrialists (like the remarkable late Pranlal Bhogilal).

The history of the nascent auto industry in India began as early as 1902, but only took off in 1912-1914, remaining more the assembly of completely-knock-down kits (CKD) that were imported. The big American three — General Motors, Ford and Chrysler — had their cars assembled in India in collaboration with Indian industrialists. Many deals fell apart for one reason or the other, but eventually the “big” three Indian makes emerged: the Ambassador from Hindustan Motors (based on a mid-’50s Morris Oxford, the re-badged Premier President/ Padmini (nee Fiat 1100 D) and the Standard Herald ex-Triumph Herald.

But India was intent on producing a “people’s car” and into the fray stepped Sanjay Gandhi with his Maruti proposal, which sliced through all the red-tape that had otherwise hamstrung the automobile industry. Not really qualified for the job, Gandhi managed to roll out a few prototypes of what looked like tin rear-engined dabbas on wheels, that won some brownie points from (writer) Khushwant Singh no less! Gandhi got sidetracked by the Emergency, and, later, died in an aircrash and so did the first little homegrown Maruti.

While the car died, the idea lived on. After hectic parlaying with manufacturers around the world, the car chosen to drive India into the “modern” age was a little Suzuki. Our first little Maruti 800 was born — nifty, nippy, easy-to-drive and just at Rs 50,000. Soon, carmakers like Hyundai and Daewoo (Matiz) entered the race, while others concentrated on larger models like the HM Contessa, the gas-guzzling Rover 2000 SD and the Premier 118 NE. What stole their thunder was the tiny, cheeky, Tata Nano, the “cheapest” car costing just Rs 1 lakh, that Ratan Tata had promised the nation. But alas, it was a marketing disaster as gargantuan as the car was tiny.

Sen also traces the very complicated history of two-wheelers in India — the massive scooter and motorcycle market — and follows this up with a section on the rise of enthusiastic women bikers. There are chapters on racing and rallying, cars of “stars” and the making of sports cars (in which Sen was personally involved) and convertibles.

An enormous amount of research must have gone into this book, though one wishes there were more illustrations and photographs. A chapter describing life with our long-standing, temperamental dabbas (the Ambassador, Premier and the Herald) would also have been fun. As would have been a chapter on how the little Maruti suddenly introduced the frighteningly alien concept of “quality” in Indian auto-manufacturing! There is no mention either of our current craze for SUVs, though this may have taken off after the book was conceived. Stylistically, I found the constant reference to “this author” or “your author” a bit tedious, but that is an editorial oversight. All in all, Sen has done a commendable job in recounting the story of the automobile in India. Belt up and read it!