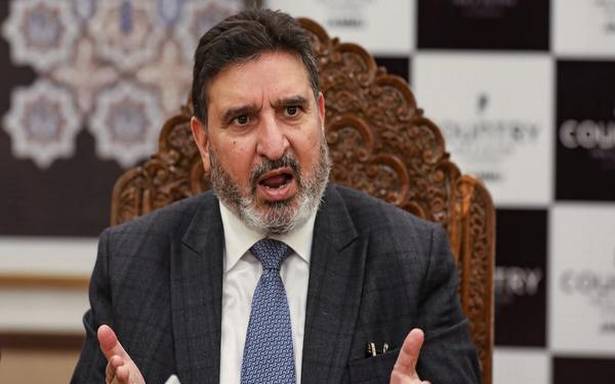 “We met PM Modi ji, Home Minister Amit Shah ji and discussed a 17-point agenda [last year]. Today, we urge them to fulfil the promise they made on the floor of the House,” Mr. Bukhari said.

The Apni Party, comprising former PDP and Congress leaders, was floated after the removal of Article 370 and 35A.

Mr. Bukhari demanded the release of political prisoners and holding of early Assembly elections in Jammu and Kashmir. “The government can reserve seven Assembly seats and hold Assembly elections without waiting for the delimitation commission report,” he added.

He asked the Centre to formulate an employment policy for Jammu and Kashmir to address “burgeoning unemployment” and demanded restoration of 4G speed mobile Internet.

Mr. Bukhari said the People’s Alliance for Gupkar Declaration, comprising the National Conference (NC) and the Peoples Democratic Party (PDP), would fall apart as they had divergent ideologies.

He said the Centre must send a fact-finding team to Jammu and Kashmir to get the sense of the real situation on the ground.

“Nothing is good on the ground. The administration is defunct. There is no development taking place. Let a team assess the ground situation beyond the computerised representations,” Mr. Bukhari said.