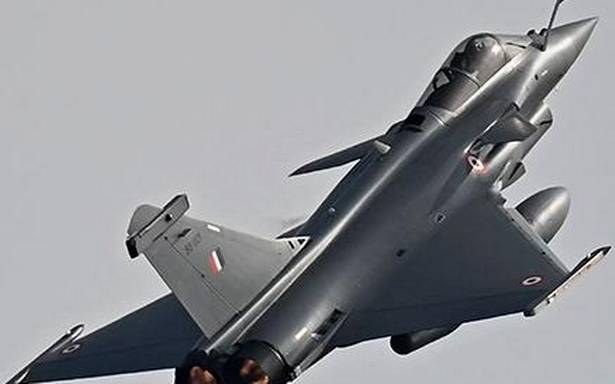 French anti-corruption authorities made no serious attempts to investigate the suspicions of corruption and favouritism surrounding the Rafale deal, according to the second of the three part investigative series by French media which was released on Tuesday.

The report details how then head of the public prosecution services’ financial crimes branch (PNF) Éliane Houlette “shelved investigations into evidence of corruption behind the deal, despite the contrary opinion of her colleagues” and President Emmanuel Macron and his predecessor François Hollande are also cited in the allegations levelled in the case.

“Documents and first-hand accounts obtained by Mediapart show that, following the potentially explosive alert filed by Sherpa, PNF chief Éliane Houlette made no serious attempts to investigate the suspicions of corruption and favouritism surrounding the Rafale deal. She did however hold an informal meeting with a lawyer representing Dassault,” the Mediapart report said. Sherpa is the French NGO which, based on media revelations, had reported “suspected corruption, including money laundering, influence peddling and favouritism,” surrounding the deal.

Ms. Houlette has since justified her decision as preserving “the interests of France, the workings of institutions”, according to the report. It said that in June 2019, shortly before leaving her post as head of the PNF, Ms. Houlette decided to close the preliminary investigation into Sherpa’s complaint, citing the ‘absence’ of any offence, in a move which went “against the advice of the deputy prosecutor in charge of the case and who refused to write up the official notification of it being dropped”.

Ms. Houlette’s decision, however, was “finally validated by two magistrates of the Paris public prosecution services and was enacted by Jean-François Bohnert, who succeeded her as head of the PNF,” the report said.

Flagging a series of investigations and reports since the €7.87-billion Rafale Inter-Governmental Agreement (IGA) for 36 jets was signed in September 2016, the report referred to a series of reports by The Hindu and said the circumstances surrounding the contract erupted into a scandal in India during the summer of 2018. “Indian daily The Hindu published confidential documents pointing to “parallel negotiations” over the deal that were led by the Indian Prime Minister’s Office behind the backs of the Defence Ministry, and highlighted the vast rise in the unitary price of the jet fighters in the new contract in which Reliance was favoured,” the report said.

In 2019, French newspaper Le Monde had reported that Reliance Group head Anil Ambani’s French registered telecom company was given tax waivers worth €143.7 million by local authorities, shortly after the announcement by Prime Minister Narendra Modi to buy the jets in fly away condition in 2015. In addition in 2016, around the time of signing of the deal, Mr. Anil Ambani headed Reliance Group had pledged €1.6 million in funding for a feature film co-produced by Mr. Hollande’s personal partner, actress Julie Gayet.

According to the first report of Mediapart, an Indian company Defsys Solutions, headed by a known middleman, was paid €1 million which Dassault said was paid for the manufacture of 50 large replica models of the jets, though the inspectors were given no proof that these models were made.

Responding to this, a spokesperson for the Defsys Solutions in a statement called them as “wholly unsubstantiated, baseless and misleading claims appearing in certain sections of the media, insinuating that Defsys never supplied quantity 50, 1:10 replica models of Rafale aircraft”.

“Based on a purchase order received from one of our clients, Dassault Aviation, we delivered on contract, 50, 1:10 replica models of Rafale aircraft, to Dassault Aviation. Delivery challans, E-way bills and GST returns related to such delivery have been duly filed with the relevant authorities. Copies of relevant E-way bills are attached,” the spokesperson said in a statement.